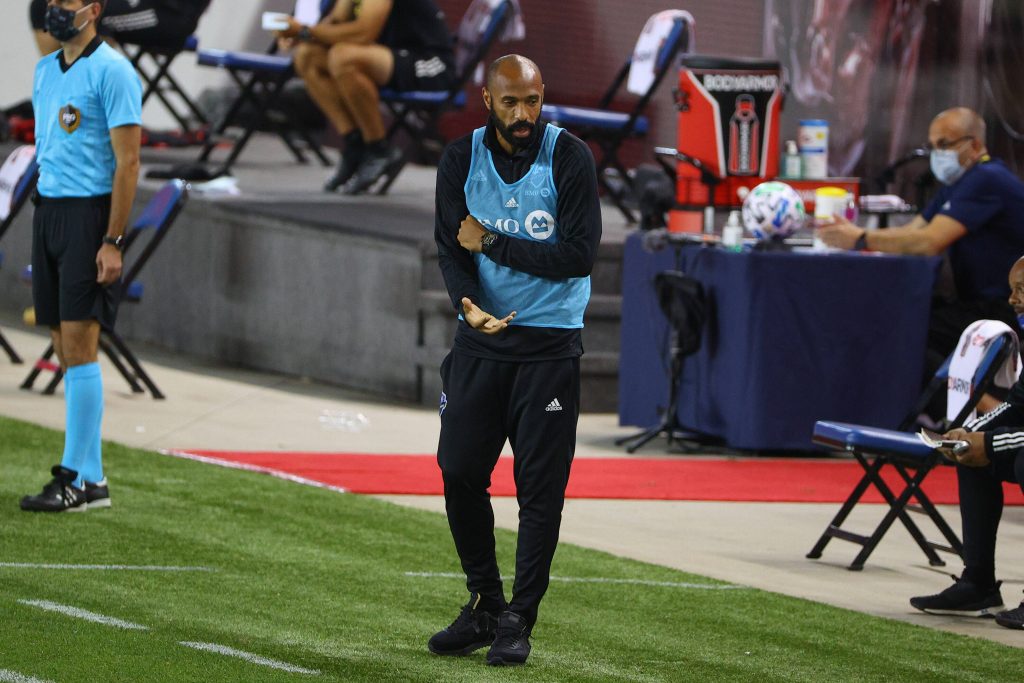 Thierry Henry’s declaration that he would love to manage Arsenal one day sparked plenty of amusement across the Sportslens team.

In an interview with FourFourTwo, the former Gunners star admitted that he dreams of returning to the club as manager.

“When I speak about it, it’s a utopia. People get carried away whenever I say that it’s my club, but I have it in my blood – I’m an Arsenal fan.

Henry established himself as an Arsenal legend after scoring 228 goals in all competitions – as a player, his accomplishments cannot be questioned.

However, his managerial record leaves a lot to be desired. Monaco – five wins in 20 games, Montreal – nine wins in 29 games. Not good.

As dreams go, Henry’s desire to return to Arsenal in the future is a whopper. It’s also pretty unrealistic given how he has performed as a manager to date.

The kit man or groundsman options he mentions are probably more practical targets for the former France international striker.