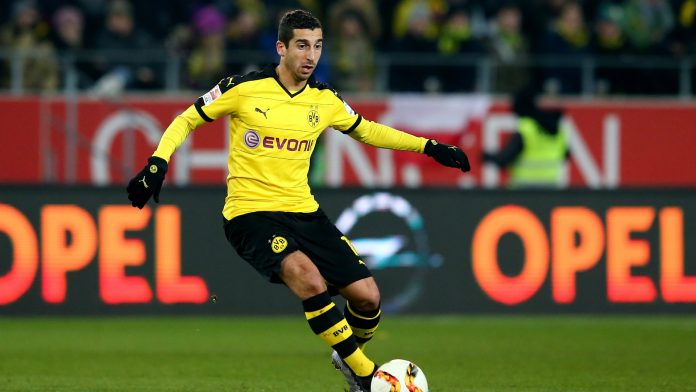 The Old Trafford outfit have agreed a fee for the Armenian midfielder and personal terms have been agreed with the player and his agent as well.

Sky Sports are reporting that a deal should be finalised soon.

Earlier yesterday, reliable journalist Raphael Honigstein confirmed that a deal is almost complete and that Dortmund have sent an official to Manchester to complete the formalities.

Mkhitaryan picked up 19 goals and 24 assists last season and would be a tremendous signing for any Premier League club.

Jose Mourinho has a huge transfer warchest this summer and this is his second big money signing after Eric Bailly.

United are expected to complete the signing of Ibrahimovic this week as well.

Dortmund wanted to keep the midfielder this season, but are being forced to sell. Mkhitaryan has refused to extend his current deal which expires in 12 months.