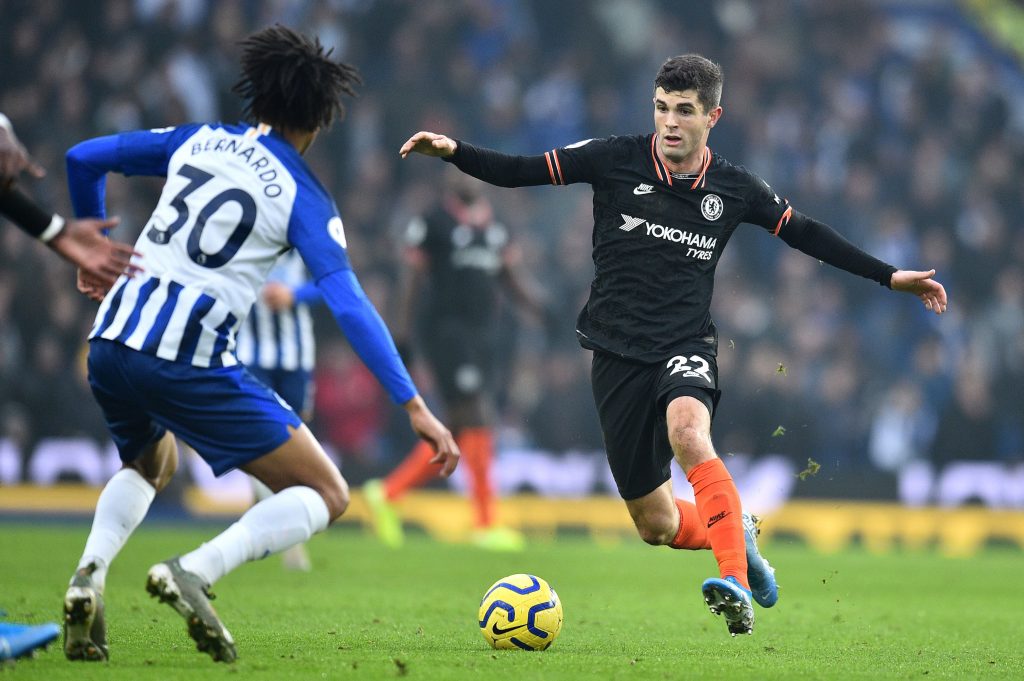 Chelsea defender Marcos Alonso has said that Christian Pulisic has ‘great potential’ and he has fared impressively during his debut season at the west London club.

The United States international was purchased by the Blues from Borussia Dortmund in January 2019 but he was loaned out to the German club for the rest of the 2019/2020 season.

As a result, Pulisic had to wait until July 2019 to work alongside his new teammates and he has since experienced a mixed debut season, where he has been in-and-out of the starting lineup.

Pulisic initially started as a regular for the Blues under Frank Lampard but he struggled for playing time in September as he made just one appearance in the League Cup against Grimsby Town.

The 21-year-old thereafter managed to redeem himself by scoring on five occasions but he unfortunately sustained an adductor injury which has kept him out of action since January.

Speaking to Fox Sports, Alonso admitted that he initially had doubts whether Pulisic could struggle with the physicality of the Premier League.

The Spaniard added that the attacker has ‘done great’ and he is hopeful that the time away from the game helps him to come back stronger from the injury setback.

“I think he has great potential. I think in the pre-season, he showed in a couple of games the things he is capable of, he looks like a great prospect,” He told.

“He has quality, he has speed. I thought he was going to struggle a bit with the physicality of the Premier League but he has done great.

“He has missed a little bit of continuity to show even more and to keep improving but I think he is going to be a great player for Chelsea.

“Hopefully with this time off, he can come back stronger from the injury he had.”

Pulisic picked up the adductor problem in first-team training in January. In a recent interview with the club’s official website, he described it as a ‘freak injury‘ which came out of nothing.

He has been stepping up his fitness individually during the shutdown and should feature for the Blues when the season recommences at some point of time.