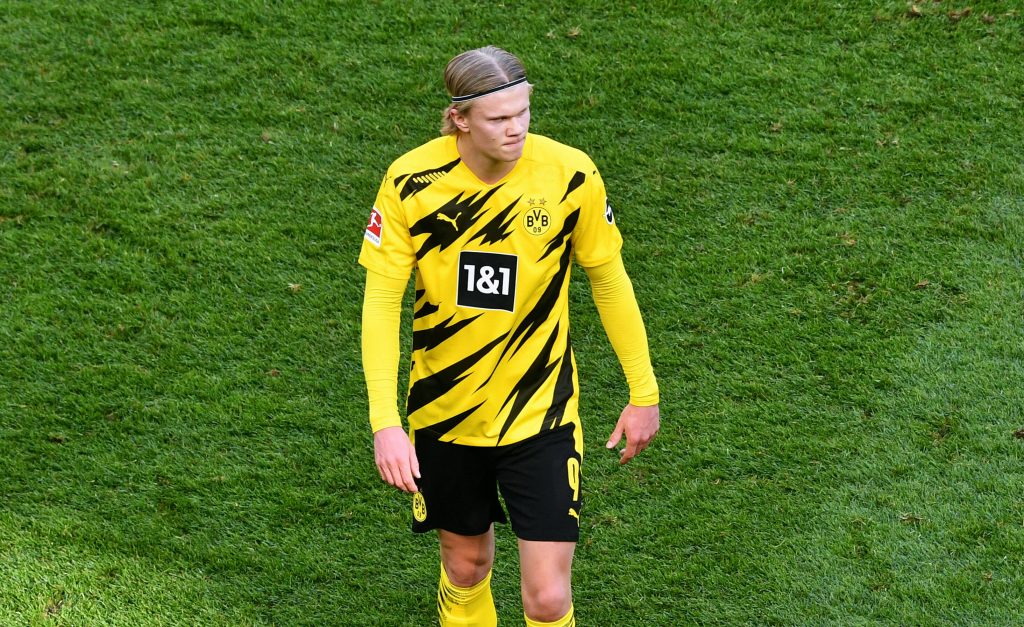 Erling Braut Haaland – the next big thing or petulant baby?

The 20-year-old’s goalscoring exploits for Borussia Dortmund over the past year have drawn admiring glances from across Europe.

Haaland was at it again on Saturday, bagging a double against Cologne to take his tally to 33 goals in 31 appearances this season.

However, his efforts were only enough to secure a draw for Dortmund, leaving them four points adrift of the top four in the Bundesliga with eight games to play.

Haaland’s late equaliser for Dortmund kept them in the hunt for a Champions League qualification place, but he was visibly annoyed at full-time.

After throwing his shirt to a nearby opponent, the Norwegian quickly left the pitch, storming down the tunnel in the process.

While he continues to find the back of the net at a rapid rate, Haaland’s goals are not currently translating into success for Dortmund.

The forward’s progress is being monitored by Europe’s top clubs, and he has already indicated that he will be picky about his next destination.

Haaland has reportedly ruled out a move to Chelsea this summer, with some media outlets suggesting that he thought the Blues were beneath him.

Despite his goalscoring output, the forward may be well advised to reign in the petulance and arrogance given that potential suitors will want to be sure of his ability to fit into a team system.