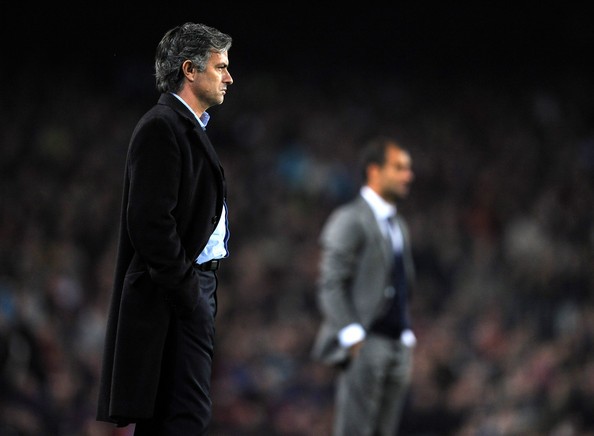 Manchester City will take on Manchester United in China in a pre-season game this summer which effectively means Pep Guardiola’s rivalry with José Mourinho could renew as early as July.

The Manchester derby could take place in Beijing or Shanghai on July 29 or 30. It would be one of Guardiola’s first games in charge of City after he arrives from Bayern Munich in the summer.

City’s decision to visit the country stems from the deal to sell a 13% stake in the club to China Media Group in December.

While José Mourinho hasn’t been confirmed as the next Manchester United boss, there are very strong suggestions that the Portuguese will take over the reigns from Louis van Gaal this summer.

Mourinho was sacked from the post of manager of Chelsea after a dismal start to the season which saw the Blues trail at the wrong end of the table for a long time. Mourinho is regarded as one of the finest managers in world football at the moment, having won the league multiple times with the likes of Real Madrid, Inter Milan and Chelsea and the Champions League with Porto and Inter Milan. Landing him would represent a massive coup for Manchester United who have not seen success since Sir Alex Ferguson retired.

Guardiola has emerged to be the more successful one when the duo has clashed, having registered 7 wins in 16 games, while Mourinho has won only 3 times against his rival.