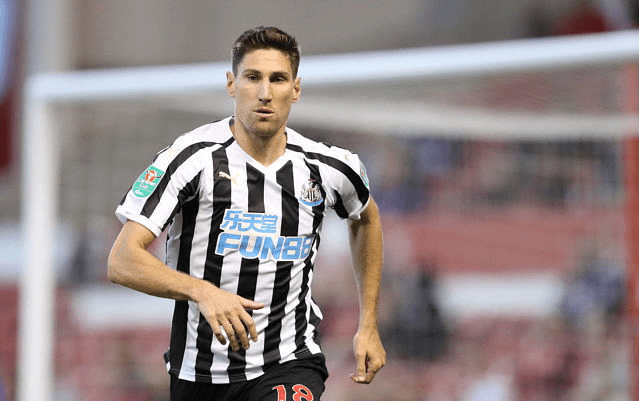 Newcastle United defender Federico Fernandez was showered with praise from supporters for his performance in the Magpies’ 2-1 win over Bournemouth. Newcastle beat Watford 1-0 at St James’ Park a week earlier and sealed back-to-back wins in the Premier League to move away from the relegation zone.

Salomon Rondon scored two goals on the day, but Fernandez’s contributions weren’t ignored by fans. The Argentine international was resilient at centre-back, producing four tackles or interceptions over the 90 minutes and making six clearances for his troubles. He also blocked two shots for Newcastle, more than any one of his teammates.

Market value of 30-40 million at present from performances this season.

One of the best CBs in the Premier League.

You were top drawer again

Mate you were outstanding again at the back!! Well played and a massive massive result for us!! Toon toon #nufc

Fernandez joined United from Swansea City over the summer and has gone on to make 10 appearances in all competitions for the North-East outfit. The 29-year-old originally came to England from Napoli, racking up 128 appearances for Swansea between 2014 and 2018 and now he could play an important tole in Newcastle’s quest for survival.

The Magpies have picked up two wins and a draw from their last three league games, conceding just one goal in the process. Fernandez is one of many players to thank for the upturn in form and fans duly gave him the credit he deserves.