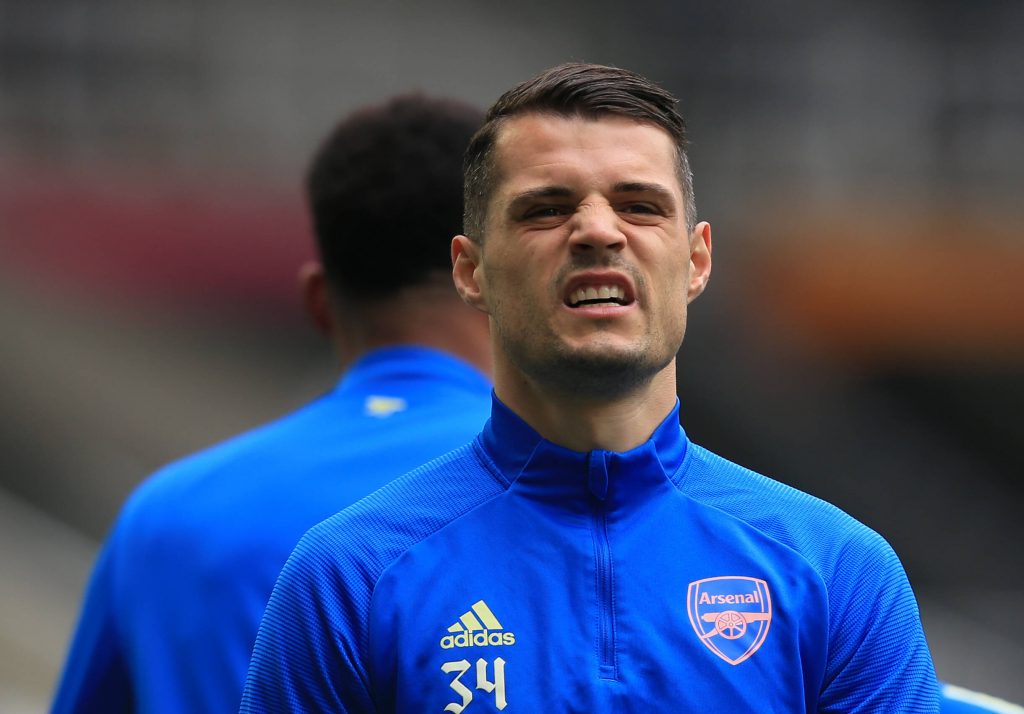 Arsenal midfielder Granit Xhaka has dismissed reports linking him with a move away from the Emirates Stadium when speaking to German publication RP Online.

The Swiss international is currently in his fifth season with the north Londoners and continues to be one of the team’s most influential players.

Some reports claimed that the 28-year-old could leave as part of a swap deal for Borussia Monchengladbach’s Denis Zakaria.

“There are always rumours at the end of the season, that’s for sure,” said Xhaka. “But I still have a two-year contract in London, and I am very happy with my family here.

“First of all, I’m looking at a successful Euro 2020 with the national team.”

The midfielder also commented on their Europa League semi-final exit, which he deemed to be unfortunate.

“It was a big disappointment to be eliminated so shortly before stepping into the Europa League final and a possible return to the Champions League,” added Xhaka.

“All in all, it was very unfortunate for us, especially in the second leg we had a lot of injuries and couldn’t play with our best team. You have to stay positive and attack again next season.”

Xhaka has been at his best under Mikel Arteta, showcasing his versatile talents by slotting in midfield and defence.

His importance can be seen in the games he doesn’t play, as the Gunners lack his leadership and organisational skills.

And along with Thomas Partey, Xhaka is starting to form a solid and dependable partnership that can help the north London club move forward.

The Ghanaian can play a more attacking role, using his ball-carrying skills with the Swiss midfielder covering for him.

The north Londoners could bring in another midfielder in the summer transfer window, but it may not be to replace Xhaka.

Adding another option will strengthen the squad, but if Xhaka were to leave, it would leave a gaping hole in the Gunners’ midfield.

Arsenal need to bounce back after a disappointing campaign this season, and a player such as Xhaka will help the team move in that direction.