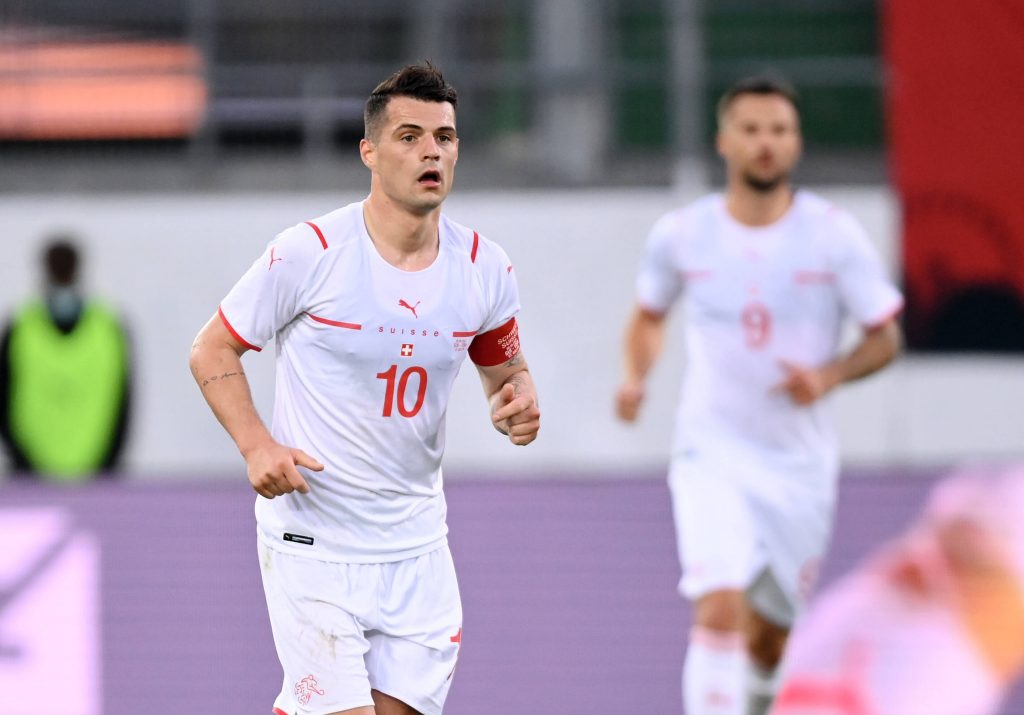 Roma are set to announce the signing of Arsenal midfielder Granit Xhaka, according to football.london.

Xhaka first arrived at Arsenal in 2016 from Borussia Monchengladbach, signing for an estimated £35 million fee.

He has since made 220 appearances for the Gunners, scoring 13 times and helping the club to two FA Cups.

The former captain has been a divisive figure at the Emirates Stadium, once clashing with fans after being substituted.

Now, after five years in north London, the Switzerland international seems set to complete his move to Roma, reports football.london.

It is believed that he will cost approximately £16m, representing a huge loss for Arsenal.

Xhaka is not the only midfielder likely to depart the Emirates this summer, with loanees Dani Ceballos and Martin Odegaard returning to Real Madrid.

This leaves Mikel Arteta with just Thomas Partey and Mohamed Elneny to choose from in central midfield.

Wolverhampton Wanderers’ Ruben Neves has been named as a possible signing along with former Gunners star Aaron Ramsey.

As for Roma, they will be looking for an improvement this season, having ended the campaign in seventh place. This granted them qualification for the new Europa Conference League.

La Lupa need a new central midfielder, with Lorenzo Pellegrini constantly linked with a move away from the Stadio Olimpico.

It was reported yesterday that Liverpool had submitted a bid for the Italian.

Xhaka will get the opportunity to link up with former Tottenham Hotspur manager Jose Mourinho, who has just arrived at Roma for his second stint in Serie A.

His first spell in Italy came with Inter Milan, where he won two league titles, a Champions League and a Coppa Italia in two seasons.