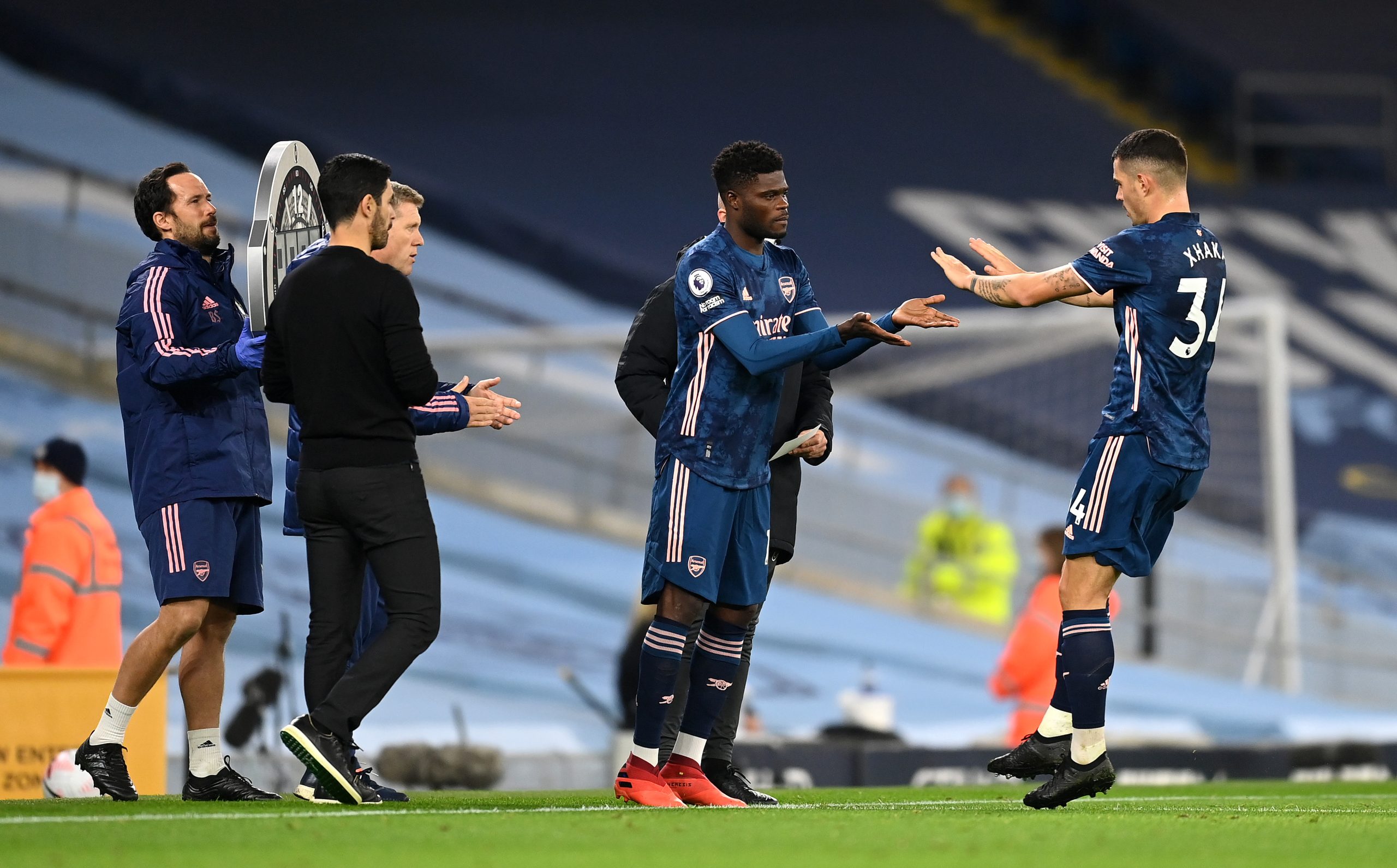 Arsenal midfielder Granit Xhaka has heaped praise on teammate Thomas Partey ahead of the club’s Europa League round of 32 second-leg tie against Benfica tonight.

The Ghana international joined the north London side from Atletico Madrid with much fanfare last summer, but he has yet to establish himself as a regular starter.

Partey has come up with a few standout displays but has struggled to command regular playing time mainly due to three injuries over the course of the season.

The 27-year-old has travelled with the squad for the return leg of the Europa League tie against Benfica and, speaking ahead of the game, Xhaka was full of praise for him.

Partey has been unfortunate with untimely injuries, but Xhaka believes the midfielder has improved the side. He added that the Ghanaian has also brought the best out of him while playing together.

He told Arsenal.com: “It is a shame we have not played a lot together because he has had two big injuries. But the games we have played together, I think he looks very good, very solid.”

“We are very good together, not only on the pitch but off it as well. He is a lovely guy, he is improving our team because you can see how much experience he has at this level, and this is good for my game as well.”

Partey sustained a hamstring injury during the 1-0 defeat at Aston Villa earlier this month, and he has since missed three games across all competitions.

He returned to full training last week and has made the trip to Piraeus in Greece, where the Gunners host the return leg of their Europa League last 32 tie against Benfica.

Arteta is likely to be cautious over the midfielder’s fitness after another lengthy lay-off, and he may consider starting Partey on the bench tonight.

Xhaka, on the other hand, is an undisputed starter in the Gunners’ midfield and could be accompanied by Dani Ceballos in the starting line-up.

The tie is evenly balanced after the 1-1 result in the away leg where the Gunners were made to rue for squandering clear-cut scoring chances.

They still have the precious away goal from last week’s trip to the Stadio Olimpico and will fancy a victory with an improved display in the final third.