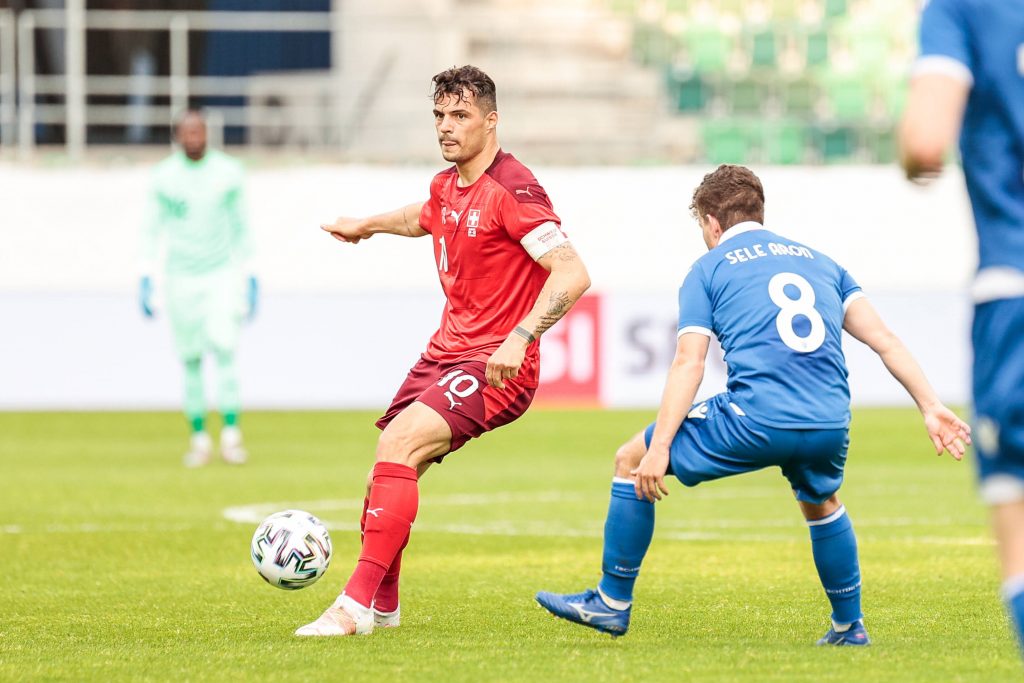 Granit Xhaka is closing in on a move from Arsenal to Roma, according to Football London.

The Swiss international was strongly linked with a move to Borussia Monchengladbach in January, but Gunners manager Mikel Arteta persuaded him to remain at the Emirates Stadium.

The 28-year-old was one of Arsenal’s best players last season as he went on to make 46 appearances in all competitions.

Arsenal fans have been fairly indifferent to Xhaka since October 2019 after he made rude gestures as he was substituted in a Premier League game against Crystal Palace.

Xhaka was stripped of the club captaincy by then-manager Unai Emery following the incident.

He is now looking to be part of Jose Mourinho’s project at Roma, which will entail building the Serie A team into a trophy challenging force.

Now in the prime of his career, Xhaka could add plenty of experience to Roma’s first team.

Since moving to Arsenal in 2016 he has made more than 200 appearances in all competitions, helping them win two FA Cups.

Meanwhile, the Gunners are also looking to bolster their midfield options ahead of the new season.

They are reportedly interested in signing AC Milan’s Hakan Calhanoglu, according to reliable journalist James Benge.

They are also interested in re-signing Martin Odegaard, who spent the second half of last season on loan at the Emirates from Real Madrid.

Read: Zidane will not rush back into management.