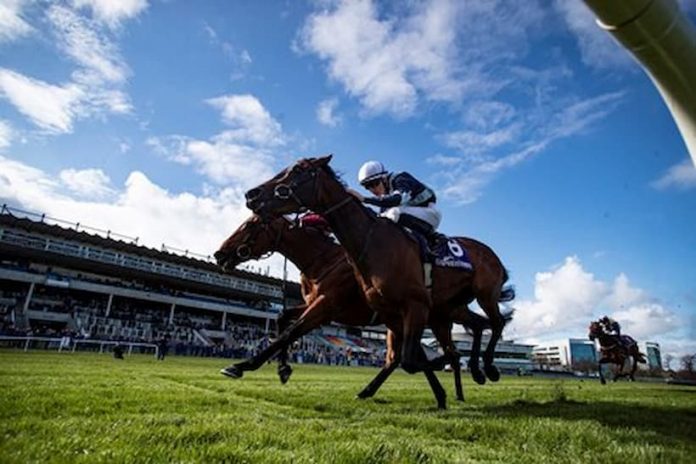 The Grand Prix de Paris 2022 is a real treat for horse racing fans this midweek (Thursday, 14th July) as a select field battle it out for the £288,000 first prize. We’ve only 6 Grand Prix de Paris runners heading to Longchamp racecourse, but it’s an international affair with entries from France, Ireland and the UK. We take a look at the final runners, plus give you our Grand Prix de Paris best bet for today’s race.

DID YOU KNOW? – The last four runnings of the Grand Prix de Paris went to a UK or Irish-based yard

RELATED: Check out the best horse racing betting sites to add new bookmakers to your portfolio

From the Francis-Henri Graffard yard that won this race in 2015 and heads here in fine fettle with a string of wins next to his name. The last two have also been at Longchamp so the track is fine – with the most recent a head success in the G2 Prix Hocquart at the end of May.

More needed now at the top level and is trying this slightly longer trip for the first time (last win was over 1m3f), but an improving colt that deserves to take his chance. Christophe Soumillon gets the leg-up and has a fine record in this race, with wins in 2022,  2006, 2008 & 2017

Won well at Saint-Cloud at the start of May in the G2 Prix Greffulhe, but failed to back that up last time in the French Derby (5th). Was still only beaten just under 7 lengths that day though and the form has been boosted with the winner – Vadeni – winning the Coral Eclipse recently.

This Frankel colt is, however, trying this longer trip for the first time so this is a bit of an unknown. But, breeding suggests he’s got a chance of staying the trip and he certainly wasn’t stopping over 1m2 1/2f when winning two outings ago. The Chappet yard are yet to win this race. Stephane Pasquier rides and won this race in 2015 & 2007.

Trainer Aidan O’Brien has won the Grand Prix de Paris 3 times in the last four years, but he doesn’t have a runner this year – the ‘good news’ is, one of his sons does! Donnacha O’Brien sends over his Irish Derby runner-up – Piz Badile – and you feel he’s got a huge chance having hit the top two in four of his 5 starts to date.

Jockey Gavin Ryan, who has ridden him in 4 of his 5 starts, also makes the trip over to ride. The jury is out on whether this horse is a true 1m4f horse, but having kept on well last time in the Irish Derby looks well worth another crack at this trip – especially if the ground dries out.

Will draw the eye with three straight wins next to his name. This French-based colt is yet to race here at Longchamp though with the bulk of his runs coming at Chantilly. Was an easy 3 1/2 length winner of the G3 Prix du Lys last time out – won eased down.

He made all the running that day so similar tactics are likely here and even though you feel he’ll need to improve again. But is certainly not doing much wrong at the moment and is another of the home-based runners that deserves his chance in this higher grade.

Yet to taste defeat from three runs and was last seen winning the Queen’s Vase at Royal Ascot over 1m6f. Therefore, we know this Roger Varian runner stays this 1m4f trip well and will be looking to keep the prize in Newmarket after trainer Charlie Appleby took the contest 12 months ago.

Is certainly a player here and connections are sure to make full use of his stamina, but niggle would be that the form of his recent Ascot win has taken a few knocks with the runner-up Zechariah running poorly at Newmarket last week. David Egan, who is 3-from-3 on the horse, comes over for the ride.

French Derby runner-up and on that form looks a to have a huge chance here. Was only beaten 5 lengths behind Vadeni that day and the form of that run has since been franked with the winner taking the Coral Eclipse at Sandown earlier this month.

He stayed on well that day over 1m2 1/2f too, which suggests this step up in trip will be a big plus (trying it for the first time) and despite being a UK runner is no stranger to running in France – having had 4 of his 7 races there.

He’s also the only proven Group One winner in the race, when beating Stone Age in the Criterium de Saint-Cloud last October.

Another one with a big chance and if the track had more rain then his chance would increase ten-fold. This colt does need some cut underfoot to be at his best.

The track are sure to water and the current going is described as ‘good-to-soft’ but with all the hot weather around at the moment you wonder if the watering will be enough for this James Ferguson horse – especially as the race is set to be run in the evening.

Named after a mountain in the Alps, this Donnacha O’Brien runner can peak in Thursday’s Grand Prix de Paris. Yes, if the ground was softer then the French Derby runner-up El Bodegon would be of more interest, but Donnacha’ father – Aidan O’Brien – loves to win this race and so with no runners for the Ballydoyle main man this year, his son can keep it in the family.

Piz Badile @ 7/2 with BoyleSports ran well last time in the Irish Derby to be second and even though he was 7 lengths off the winner- Westover – that horse is clearly useful and he still had some nice sorts in behind – including the Epsom Oaks winner – Tuesday.

Yes, the just is still out regarding the trip, but if the ground dries out, this will also be a plus to him seeing out the 1m4f distance better and regular rider – Gaving Ryan – is also making the journey over to ride.

Donnacha O’Brien told the Racing Post: “It looks to be a race that will suit him and it’s the same trip as the Curragh. It looks a competitive Group 1, but at the same time we’re avoiding the two Derby winners, so it looks an obvious race for him.

“He ran a good race at the Curragh. The winner is a very good horse, but he got a lot closer to him than he did at Epsom so we were happy that he was back to form.”

“It’s quite similar to the Curragh. A right-handed galloping track and hopefully the ground will be nice. It looks a small field, which should suit too, but it’s a competitive six-runner field and all race similarly so it doesn’t mean it’s going to be an easy race by any means.

“Gavin is going to go over. He knows him well so he’s going to ride him.”

DID YOU KNOW? – The favourite has won five of the last 10 runnings of the Grand Prix de Paris