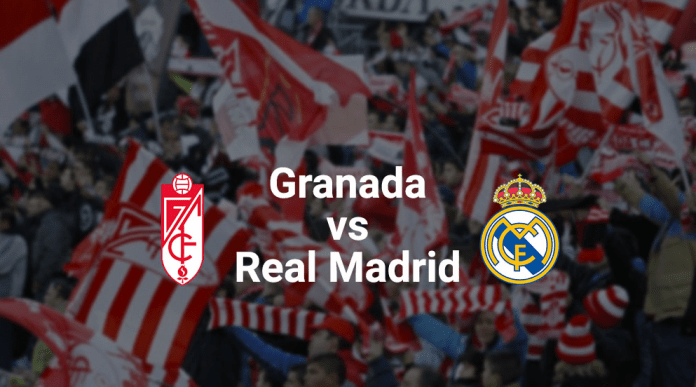 Granada host Real Madrid in La Liga this weekend and the home side will be looking to salvage some pride with a positive result.

The home side are already relegated to the second division and have nothing left to play for. They have lost their last five matches in the league and have scored just once in their last four La Liga fixtures.

Granada will be without the services of Saunier and Ponce for this one. Hongla, Hector and Kravets are doubtful.

Los Blancos are in the driving seat as far as the title race is considered. They still have their game in hand over current league leaders Barcelona.

Real Madrid are in supreme form right now and will be looking to secure a big win here.

The away side are without the injured trio of Pepe, Carvajal and Bale.

Real Madrid have won their last 7 matches against Granada in all competitions.

Granada have lost 9 of their last 10 matches in La Liga.

Real Madrid have scored at least 2 goals in 11 of their last 12 matches in La Liga.

Granada have conceded at least 2 goals in their last 5 matches in La Liga.

Real Madrid have scored at least 2 goals in 5 of their last 6 matches against Granada in all competitions.

Real Madrid have been winning at both half time and full time in 5 of their last 7 matches against Granada in all competitions. Bet on the away side to win both halves.

Real Madrid have kept a clean sheet in 5 of their last 7 matches against Granada in all competitions. Bet on the away side to keep a clean sheet.

Granada are in atrocious form right now and this should be a routine win for Real Madrid.

They are full of confidence after the derby win during the midweek and will punish Granada for their incompetence here.