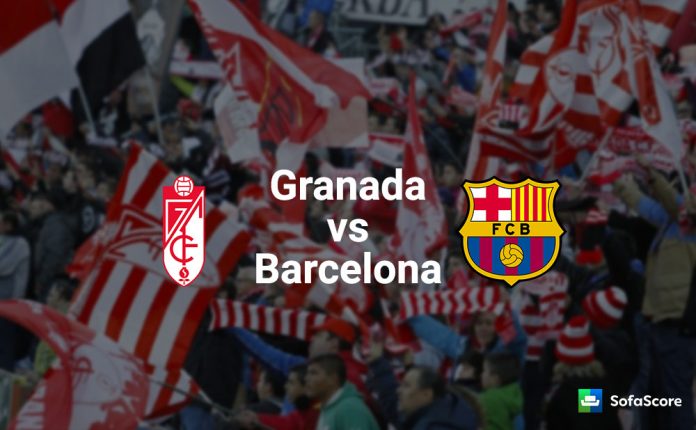 Granada host Barcelona in La Liga this weekend and the home side will be looking to bounce back with a positive result here.

The home side have won just one of their last five La Liga games and they cannot afford any more slip-ups if they want to avoid relegation this season. Granada have scored just one goal in their last three competitive fixtures and that could be a major problem for them against Barcelona.

Mehdi Carcela has a muscle problem and won’t be fit to start for the home side.

Barcelona were beaten 2-1 by Deportivo right before the international break and they will be determined to get back to winning ways here.

Luis Enrique’s side could be five points behind Real Madrid if Los Blancos win their game at hand. Therefore, the Catalan giants cannot afford to lose more ground in the title race.

Vidal, Turan and Messi are out of this weekend’s game due to injuries and suspension.

Barcelona have won 7 of their last 8 matches in La Liga.

Barcelona have scored at least 2 goals in 7 of their last 8 matches in La Liga.

Granada have lost their last 3 matches in La Liga.

There have been over 2.5 goals scored in Barcelona’s last 8 games in La Liga. Another high scoring game is on the cards here.

Barcelona have kept a clean sheet in 5 of their last 7 matches against Granada in all competitions. Bet on the away side to keep another clean sheet this week.

Barcelona have won 10 of their last 11 matches against Granada in all competitions. Get Barcelona to win this week.

This should be a routine win for Barcelona. Despite the absence of Messi, they are far too superior and should be able to punish Granada.

The away side are very poor going forward and it is simply unrealistic to think that they will be able to contain Barcelona’s attack. An away win is certain here.