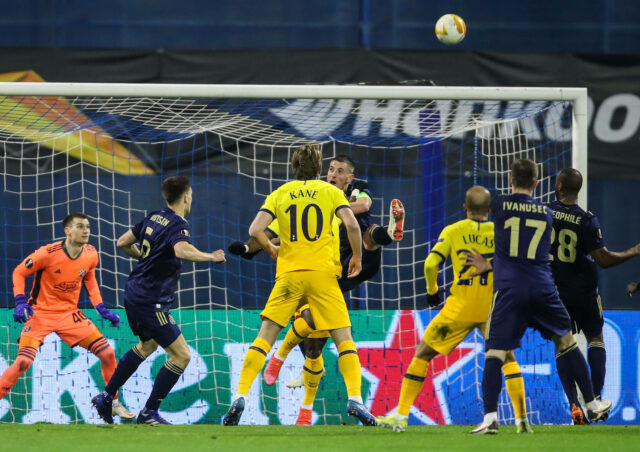 Graham Roberts has shared his frustration on social networking site Twitter after Tottenham Hotspur were knocked out of the Europa League on Thursday night.

Despite leading the first-leg 2-0, and the score being 0-0 at the break in Croatia, Spurs somehow managed to self-destruct as they ended up losing 3-0 on the night, with Mislav Orsic scoring a remarkable hat-trick.

🗣 "This is a sackable offence." 🤬@Mrjamieohara1 rants about Tottenham's performance after getting knocked out of the Europa League pic.twitter.com/4pRldfQjm8

He has suggested that it was one of the worst Tottenham performances in European games.

“It’s been shocking,” he said. “No composure. No leadership. It’s just amateur.”

Spurs skipper Hugo Lloris didn’t mince words after the final whistle, saying the exit is a “disgrace”, and every player should feel responsible for it.

Jose Mourinho suggested that he had warned his players of a potential threat from the home side at the break.

Harry Kane twice came close to scoring but was denied each time by superb saves from Dinamo keeper Dominik Livakovic.

In other news, check how Tottenham fans have reacted to Moussa Sissoko’s performance vs Dinamo Zagreb on Thursday.