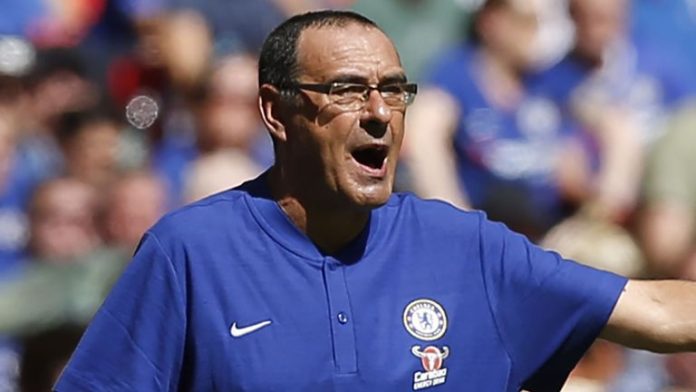 Chelsea manager Maurizio Sarri has revealed Antonio Rudiger should return from his injury “in three or four days”. The German centre-back limped out of Sunday’s 0-0 draw with West Ham United in the 69th minute and was seen holding his groin. He was replaced by Gary Cahill who was making his first appearance of the season.

Rudiger, who has made 53 appearances in all competitions since joining Chelsea from As Roma in July 2017, has been a regular at the backline alongside David Luiz this season, so his absence could potentially be a big loss to Chelsea. Fortunately, as per The Sun, Sarri said: “I think nothing serious. Three or four days but hopefully nothing more.”

The 25-year-old will likely miss Chelsea’s League Cup meeting with Liverpool on September 26, but he could return in time for the league clash between the two sides on September 29. On Wednesday, Chelsea could book their place in the fourth round of the cup with a win at Anfield. They host Liverpool at Stamford Bridge the following Saturday.

The Londoners are currently third in the Premier League table with 16 points from a possible 18, boasting five wins and a draw from their opening six games of the season.