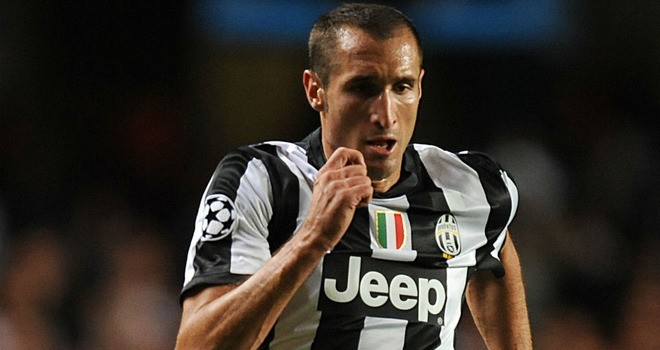 Veteran defender Giorgio Chiellini is in line to return to action on Wednesday when Juventus travel to Hungary to face Ferencvaros.

Chiellini has featured just three times for Juventus this season, most recently going off injured against Dynamo Kiev. The Italian subsequently suffered muscular problems which kept him out of action for two weeks.

In that time, the Old Lady suffered a defeat to Catalan giants Barcelona, as well as dropping points at home to Verona.

However, Italian site Tuttomercatoweb recently reported via their Twitter account that the veteran had returned to first-team training ahead of Juventus’ midweek fixture against Ferencvaros. And now, Sky Sports Italia are saying that the captain will go straight back into the starting XI (via Football-Italia.net).

During the Italian’s absence, I Bianconeri failed to keep a clean sheet, conceding four times in total against Verona, Barcelona, and Spezia.

Chiellini’s return to contention has come at a useful time for manager Andrea Pirlo. Dutch centre-back Matthijs de Ligt is yet to feature this season due to a shoulder injury, while Turkish defender Merih Demiral is suspended following his red card against Barcelona. This has left Pirlo light at the heart of the defence, with only Leonardo Bonucci available for selection.

Chiellini is expected to line up alongside Bonucci for the game in Budapest as part of a back four. However, Pirlo also has the option of adopting a back five and utilising Danilo as a makeshift centre-back, with Juan Cuadrado and Federico Bernardeschi as wing-backs.

Elsewhere in Turin, Portuguese star Cristiano Ronaldo is poised to make his first Champions League appearance of the season, having missed the first two group stage games with COVID-19.

The 35-year-old made an emphatic return to football on Sunday, netting twice off the bench in Juventus’ 4-1 away win against Spezia. He will be looking to add to his record 130 Champions League goals in Hungary.