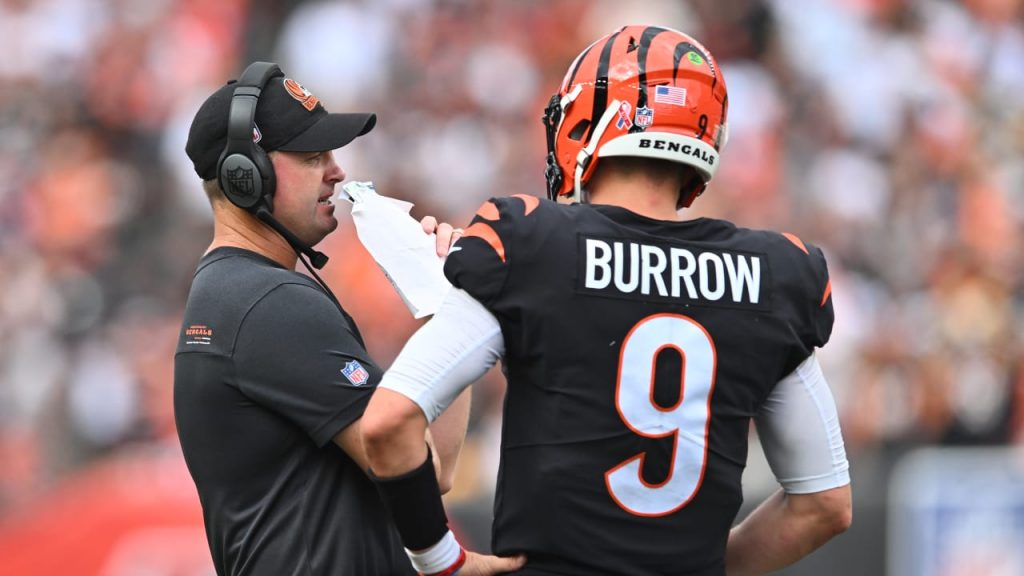 We have an AFC Conference battle on Sunday when the Cincinnati Bengals vs New York Jets  this Sunday afternoon at 1:00pm.

We have a pair of plays you can use towards a Bengals vs Jets same game parlay at Bovada and our three picks could net you $4210 from the $750 NFL free bet which you can claim below.

Back Our Bengals-Jets SGP @ +600 With Bovada

Cincinnati has had it tough with their 0-2 start to the season, but they have a great opportunity to right the ship Sunday against the 1-1-0 New York Jets.

Bengals QB Joe Burrow has thrown for 537 yards with three TD’s and four interceptions, but the problem is Burrow has been sacked 13 times over his first two games but play a Jets side with just three sacks this season. If Burrow has time, and he should, the Bengals signal-caller should pick apart a Jets defense allowing 221 passing yards per contest.

Finally, the Bengals need a win, and they’ll not only get that win but also cover the spread on Sunday.

Since this is an SGP, we can lay the juice and play Cincinnati to win this game. Cincinnati is going to win this contest for all the reasons I described above. The Jets probably were more lucky than good against Cleveland, and we don’t expect them to play as well against the Bengals on Sunday.

That’s a not a very big number for the firepower the Bengals possess, but that’s okay because this game should exceed the total.

This is probably the best offense New York has faced thus far and after allowing 30 points to Cleveland, they get to go up against an offense that is much better than what they have shown thus far but probably has faced much better defenses than the Jets have.

Allowing 123 rushing yards a game and having to face Joe Mixon is going to be hard for New York. Once Mixon gets going, it will open up the passing game, and that’s where Burrow and the Bengals should eat on Sunday.

The Jets offense has been good and the Bengals defense allows 21.5 points per game, and we can expect New York to score and help the total.

Finally, look for the Bengals to win this one in a rout and the Jets to score a couple of times and send this total over the oddsmakers number.