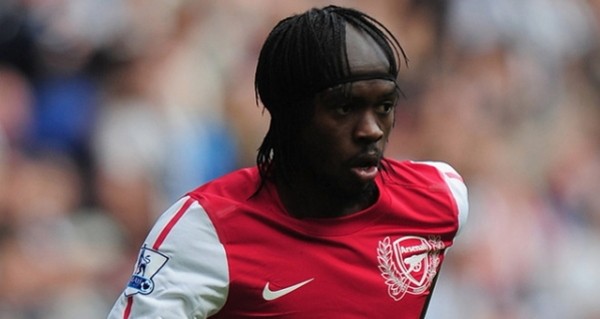 Following weeks of intense negotiations, Arsenal forward Yao Gervinho has finally completed his long-awaited move to Serie A side AS Roma. A fee of £6.9M is reported to have been agreed by both parties.

Arsenal manager Arsene Wenger admitted in a recent interview how the side were close to an agreement, but the deal has now been finalised and the 26-year old will soon undergo a medical with the Italian outfit.

Gervinho expressed his delight to join Roma – citing how it was a dream to play for such a side.

Last season, the Ivory Coast international made 18 Premier League appearances for Arsenal, scoring five goals. After joining the London side in 2011, he’s gone on to score 11 goals in 63 games in total.

Regarded as a monumental flop from his time in the Premier League, Gervinho admitted he has regrets over how his spell in England has gone. The 26-year old was very inconsistent in games, and would often frustrate more than he would excite.

AS Roma manager Rudi Garcia managed Gervinho from his time with French Ligue One side Lille, and has been keen for the pair to renew acquaintances. He’s revealed he can get his new recruit back to playing at his best.

Gervinho has already been pictured heading to his new side’s training ground in order to complete his medical.

Prior to OSC Lille and Arsenal, the forward has also played for Beveren and Le Mans. He’s also represented his country (Ivory Coast) on 43 occasions, scoring 13 goals.

Arsenal have taken a £4M loss on the £11M they had paid to originally sign Gervinho from Lille, but no other side were willing to pay close to the asking price.

The Ivorian will be Arsenal’s 21st player to leave the side this summer, and only one has gone in the opposite direction so far.