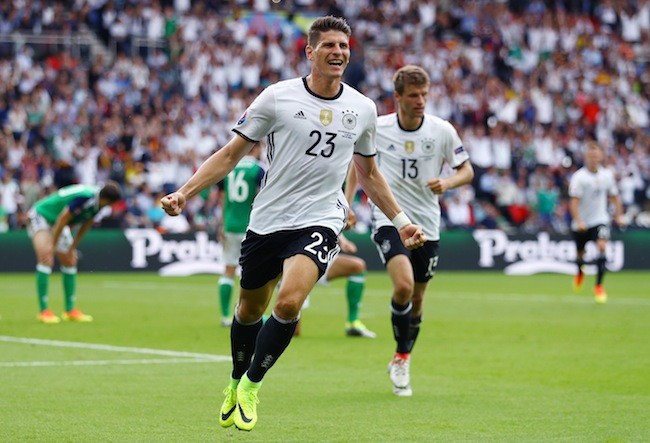 World Champions Germany will be firm favourites as they take on Slovakia in their round of 16 clash on Sunday, June 26th. The Group B winners have been very impressive thus far and are yet to concede a single goal in the tournament. They beat Ukraine 2-0 in their opener before being held to a 0-0 draw by Poland. Their final group game against Northern Ireland could have seen them put up a cricket score had they been more clinical in front of goal, but in the end, they ended up only winning 1-0.

Meanwhile, Slovakia qualified for the last 16 by finishing as one of the four best third-placed teams, from Group C. This is the first time the Slovaks have ever qualified for the finals of the European championships, and the change in the number of teams from 16 to 24 has seen them make it past the group stages as well. They lost their first match against Wales, but recovered to beat Russia in their next game before holding England to a goalless draw.

Jan Kozak’s men though, are sure to give it a real go on Sunday and will take inspiration from the fact that they beat Joachim Low’s side 3-1 just over a month ago on May 29. That may have only been a friendly, but any kind of victory against the mighty Germans will be something to draw confidence from.

Mario Gomez has expertly led the line for Germany in this tournament, and is expected to start up front again. The Fiorentina man scored the only goal of the game against Northern Ireland. Behind him is the formidable Thomas Muller, who is still looking for his first goal of the tournament but will surely come into his own in the big games. Mesut Ozil, who astoundingly completed 99% of his passes in his side’s third group game, will once again be the man everything goes through.

Slovakia, on the other hand, will rely on their talismanic midfielder Marek Hamsik for inspiration. The Napoli man scored an absolute stunner in his side’s win against Russia, and has been a constant threat thus far. Captain Martin Skrtel will have to keep his backline alert and on their toes throughout, as any slip is unlikely to go unpunished by the Germans. 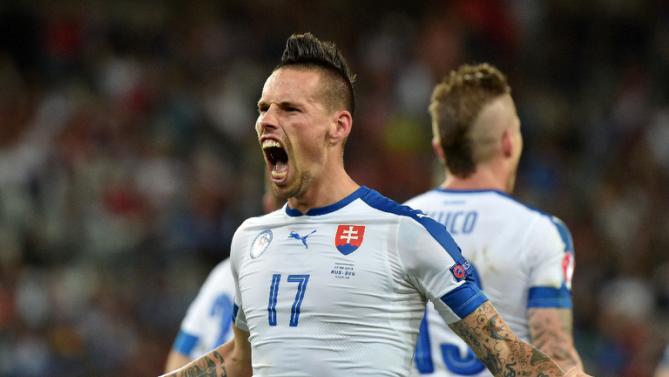 Germany defender Jerome Boateng limped off with a calf injury in his side’s final group game against Northern Ireland, and Low will be sweating on the Bayern Munich man’s fitness ahead of Sunday. It still remains unclear as to whether he will be available to partner Mats Hummels at the heart of the defence.

Manchester United midfielder Bastian Schweinsteiger could be in line for his first start of the tournament, after fully recovering from his knee injury. The midfielder scored in Germany’s first group game against Ukraine, but is yet to be given a full 90 minutes.

For Slovakia, the only injury worry at the moment is midfielder Robert Mak, who will undergo a late fitness test to see if he has recovered from a hamstring problem.