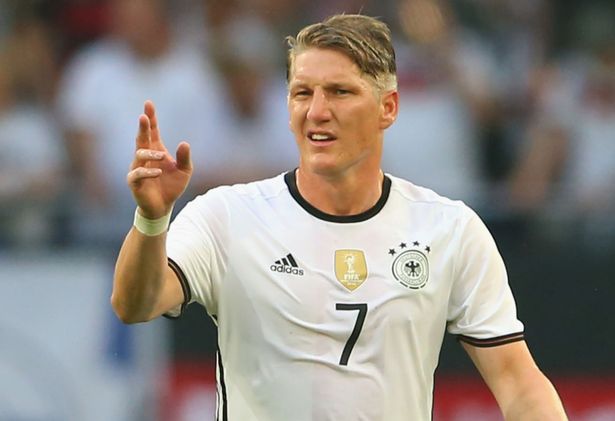 Germany and Poland have the opportunity to confirm their place in the second round and virtually guarantee themselves group winners with a win at the Stade de France on Thursday evening.

The World Champions were one of the top performers in the first round of games with the joint-biggest win of 2-0 and testing the Ukraine goalkeeper several times.

Many people heading into the tournament thinking Poland could progress far and whilst their 1-0 win over Northern Ireland means they’re virtually going to be in the second round (they finish with Ukraine) it wasn’t the most convincing performance.

Bayern Munich striker Robert Lewandowski didn’t test Michael McGovern once in a game that Poland dominated possession and territory as well as pummeling the Northern Ireland goal.  It will be interesting to see if he raises his game versus some of his club teammates.  Poland have an exciting and creative left winger in Bartosz Kapustka.

Poland didn’t face a single shot on target versus the debutants but Wojciech Szczesny can expect to be busy against Joachim Loew’s side on Thursday.

Germany had the odd defensive fault against Ukraine – Jerome Boateng clearing one effort off the line and Manuel Neuer making a couple of smart saves but you know Die Mannschaft are only going to get better as the competition progresses.

Bastian Schweinsteiger came off the bench to score in stoppage time – his first appearance since March 20.  The Manchester United midfielder also started the 2014 World Cup as a substitute but went on to become one of the best players in the tournament.

Real Madrid’s Toni Kroos controlled the game versus Ukraine pulling the strings and causing no end of problems for the Eastern Europeans.  Expect the same from the midfielder against Poland too.

Germany also have Thomas Mueller on the right wing and Julian Draxler on the left – that’s one of the best goalscorers in the history of major international tournaments and one of the most highly-rated youngsters in world football right now.  That’s a wealth of talent and why Germany should be the favourites to go all the way here in France.

Mats Hummels is set to miss out a second game for Germany, meaning Shkodran Mustafi should partner Jerome Boateng in the centre of defence again.  Joachim Loew could name an unchanged side from their opener with the winner taking all in this group, which would mean Mario Goetze remains up front.

Adam Nawalka’s only injury concern is over his goalkeeper but Wojciech Szczesny is expected to shake off his thigh issue to start.  Lukasz Piszczek and the highly-rated teenager Bartosz Kapustka are the only players who risk suspension with another yellow card in this match.