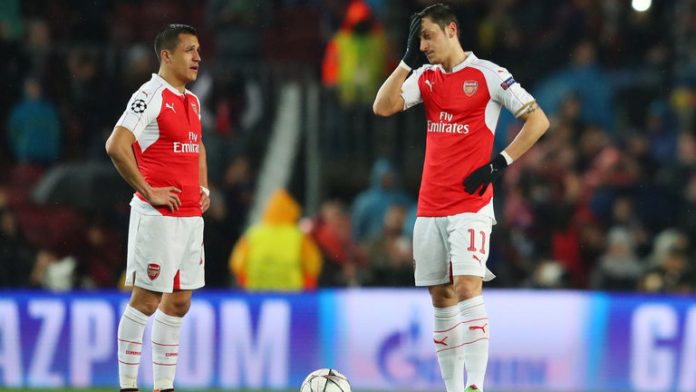 The former Liverpool star questioned Mesut Ozil’s desire after Arsenal fell to a disappointing 1-0 defeat at Stoke City during August, calling him a “liability” away from home.

Ozil has been blasted by numerous former Arsenal stars for his lazy style of play and his refusal to sign a contract extension.

Effenburg has now added his thoughts to the debate and says Ozil deserves all the criticism that has come his way.

“I have seen matches with Mesut where I say: ‘he must do more’, he wrote in his column for t-online.

“I remember those matches against Bayern in the Champions League. He disappointed many people there – including (Germany manager) Joachim Low,”

“Steven Gerrard said he would let his team down and be a burden in matches away from home. You can’t say he is completely wrong. Ozil has to see and realise that.

“You wait for an improvement in that area for years. You hoped there would be a development, but it hasn’t happened.”