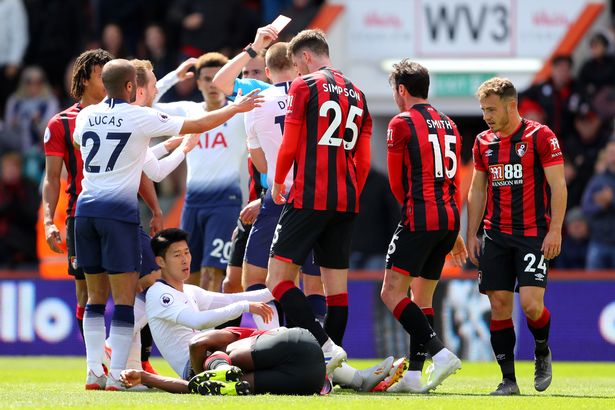 Tottenham crashed to a 1-0 defeat away to Bournemouth in the Premier League today.

Nathan Ake scored an injury-time winner for the Cherries as nine men Spurs failed to hold on for a point.

The likes of Son and Foyth were sent off for the visitors and the Londoners played half of the game with nine men.

Pochettino’s side could have more or less secured a top three finish with a win today. Instead, they have given the likes of Chelsea an opportunity to finish above them now.

The former Tottenham star implied that the teams chasing a top-four finish are doing everything they can to play in the Europa League instead.

Arsenal, Chelsea, Spurs and United have all faltered in the recent weeks.

Lineker’s tweet read: “Not sure what the attraction is of the Europa League, but some of our clubs seem desperate to be in it.”

It will be interesting to see if Tottenham can bounce back from this one and win their remaining game.

Pochettino cannot afford to miss out on Champions League football next season. Tottenham need the extra money to compete with the likes of Manchester City and Liverpool.

Also, finishing outside the top four could mean losing key stars in the summer.