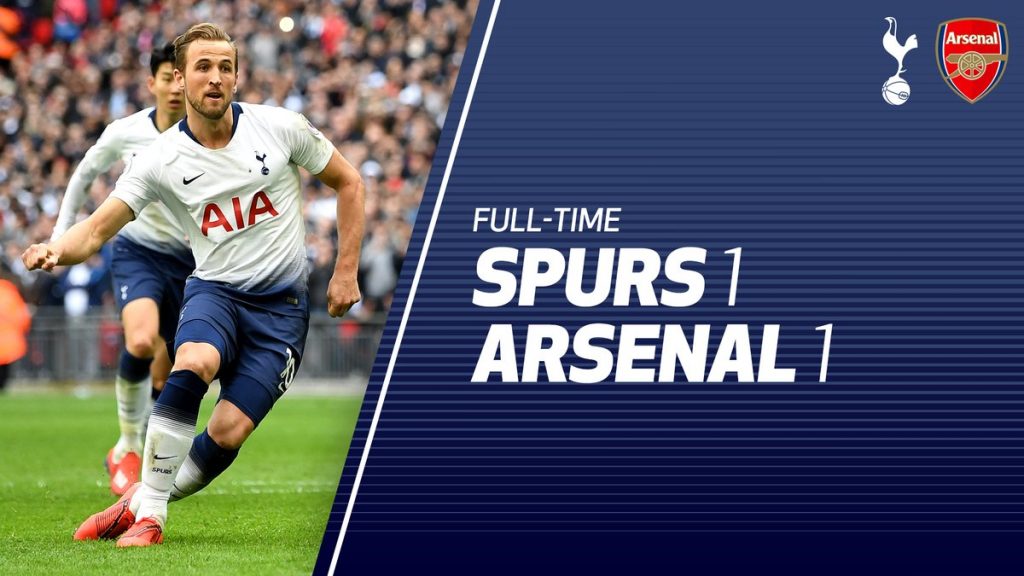 Hugo Lloris saved a late penalty from Pierre-Emerick Aubameyang to earn Tottenham Hotspur a point against Arsenal in the north London derby clash at Wembley.

Aaron Ramsey, who will move to Serie A champion Juventus in the summer, scored in the first half to give the Gunners a 1-0 lead at the break. Harry Kane scored from the spot in the 74th minute to restore parity.

However, towards the dying minutes of the match, Arsenal were awarded a penalty, but Aubameyang could not hit the target, thanks to a brilliant save from Lloris.

Good result for @SpursOfficial maintaining the clear gap between the two sides in the Premier League table.

Arsenal ended the game with 10 men after Lucas Torreira was shown a late red card for a tackle on Danny Rose.

Spurs enjoyed 60% of possession, but registered only three shots on target during the course of 90 minutes, according to BBC Sport.