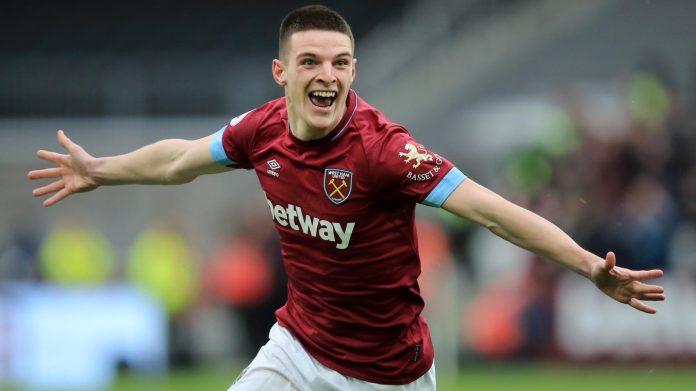 West Ham midfielder Declan Rice has confirmed that he will be playing for England at the international level.

The highly rated youngster has played for the Republic of Ireland before. However, he has now submitted a written request to FIFA for the transfer of his international registration.

Rice has been in sensational form for his club this season and his decision to represent England will delight the Three Lions fans.

England have been crying out for a reliable defensive midfielder and the West Ham midfielder will slot in nicely.

If he can replicate his club form at the international level, he could take England to another level.

Rice is easily one of the best young players in the country right now and he will add to a very talented pool of English youngsters.

Former England international Gary Lineker has taken to Twitter to share his thoughts on the news. The popular pundit seemed delighted with Rice’s decision.

The midfielder has also tweeted out an emotional letter informing everyone of his decision. 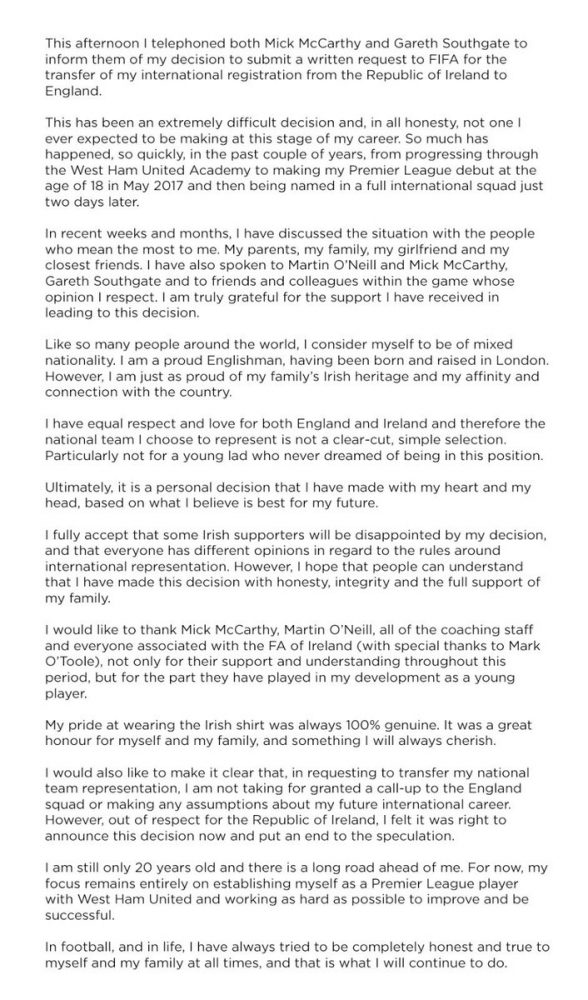