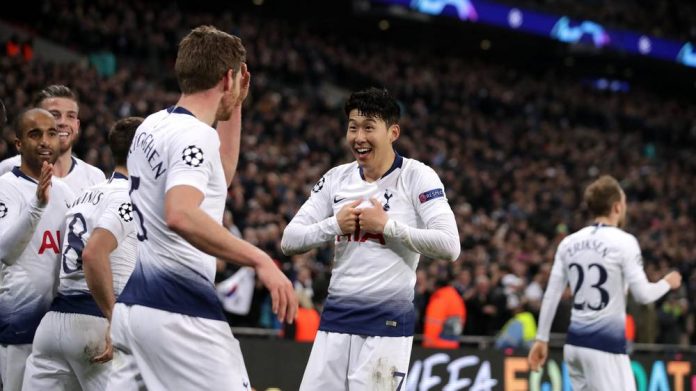 Popular pundit Gary Lineker has lavished praise on Tottenham after their performance against Borussia Dortmund in the Champions League.

The Londoners picked up a convincing 3-0 win at home in the first leg of the knockout round yesterday night.

Despite being without Danny Rose, Harry Kane and Dele Alli, Spurs seemed composed and confident throughout the game. They managed to take advantage of Dortmund’s sloppiness in the second half.

In the first half, the German side were all over Spurs but Pochettino did well to motivate his side during half time and the Londoners came out snarling.

Son scored early on in the second half to give his side the lead. Jan Vertonghen scored the crucial second goal seven minutes from time and Llorente added a third on the 86th minute to break the Dortmund hearts.

Lineker seemed blown away by Mauricio Pochettino’s tactical adjustments at half time and he sent out a tweet to lavish praise on his former side and the manager.

This really has been a superb performance from @SpursOfficial with brilliant tactical adjustments from Pochettino at halftime. Wow!

It will be interesting to see if Tottenham can go all the way in the competition this year. On their day, they are certainly a force to be reckoned with.