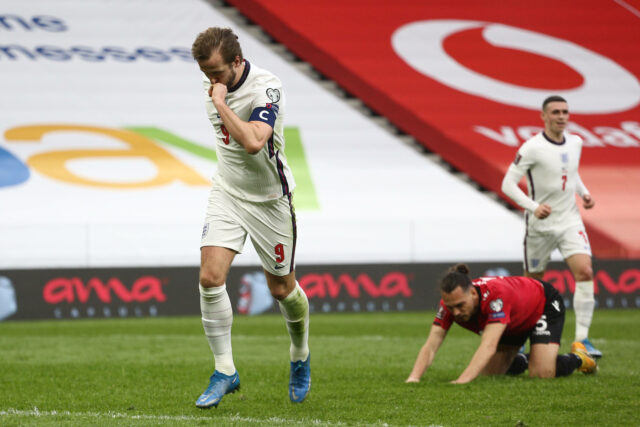 Gary Lineker has praised Harry Kane as England won 2-0 against Albania to continue their perfect winning start to their World Cup 2022 qualifying campaign.

The England skipper scored one and provided the other for Mason Mount to round off an impressive individual performance.

Gareth Southgate’s side looked flat before Kane produced a rare moment of quality to direct Luke Shaw’s cross into the far corner of the net.

Lineker took to Twitter to express his reaction to Kane’s goal.

Another goal for the irrepressible @HKane.

The Tottenham striker also hit the bar from close range.

Chelsea midfielder Mason Mount scored the second goal of the game with a composed finish after a pass by Kane.

Kane has been simply outstanding this season. He has scored 22 goals in all competitions for Spurs and also provided 15 assists.

However, it was Kane’s first England goal since November 2019. He will be relieved to break the drought, and England fans can expect more goals from him in coming matches.

In other news, Graham Roberts has suggested that no club can pay £200 million to sign Harry Kane this summer.