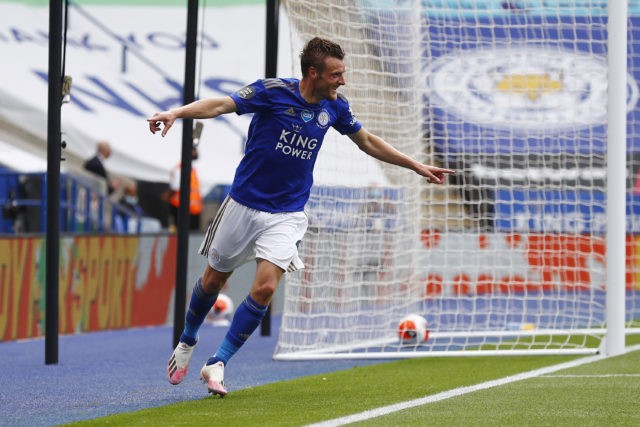 Leicester City returned to winning ways with a brilliant 3-0 win against Crystal Palace in the Premier League on Saturday.

The Foxes, who were winless since the re-start, boosted their hopes of achieving a top-four Premier League finish with a superb victory at home.

It was a special moment for Vardy who scored his 100th and 101st Premier League goals and joined the elite list of strikers to have done so.

Yes! What a difference a goal makes. @vardy7 again with a lovely finish, and he’s now 2 clear in the race for the Golden boot.

Vardy brought up his 100th Premier League goal in his 206th appearance. In fact, he is not the top 10 fastest to the milestone.

And yet, Vardy’s journey is special for the rest. It saw a rapid rise from non-league football with Stocksbridge Park Steels and Halifax, via Fleetwood, to the Foxes.

Lineker has paid tribute to Arsenal legend Ian Wright who made his debut in the competition at an older age than Vardy.

Of those who’ve scored a hundred Premier League goals only the mighty @IanWright0 made his debut in the competition at an older age than @vardy7 who joined that club today. Worth pointing out Wrighty played in the old first division prior to that, but football didn’t exist then.

As a result of the victory, Leicester have cemented their third position in the league. They are three points ahead of fourth-placed Manchester United.