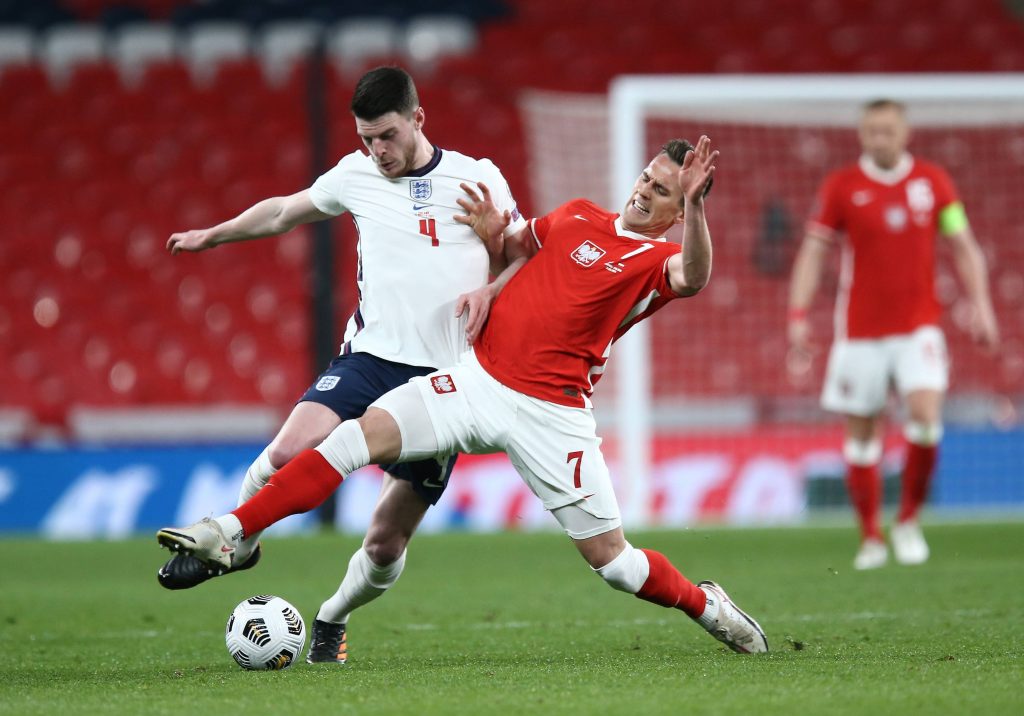 England recorded a 2-1 win over Poland in the World Cup qualifiers last night, and midfielder Declan Rice produced an outstanding display for the Three Lions.

The West Ham United star has been in red hot form for club and country during the current campaign, and he picked up the man of the match award at the end of the game.

An honour to win this award again! 3 wins out of 3 from the boys! Let’s keep pushing❤️🏴󠁧󠁢󠁥󠁮󠁧󠁿 pic.twitter.com/fsZGfhAwxk

Rice will be delighted with the praise he received from the former England star and will be eager to continue his development and improve further over the coming months.

He is one of the main reasons why the Hammers are in with a chance of Champions League qualification this season.

The 22-year-old has established himself as one of the most exciting talents in the Premier League right now and will be looking to cement his place in England’s starting line-up for the upcoming European Championships.

Rice was very impressive with England, and he will certainly have made a positive impression on Gareth Southgate over the past couple of weeks.

The West Ham star should be one of the first names on the teamsheet for England in the defensive midfield role this summer.

Leeds United ace Kalvin Phillips is also an option for Southgate, but Rice is far more developed and polished as a player at this stage of his career.

Read: West Ham are keen on signing 6ft 6in defender this summer.