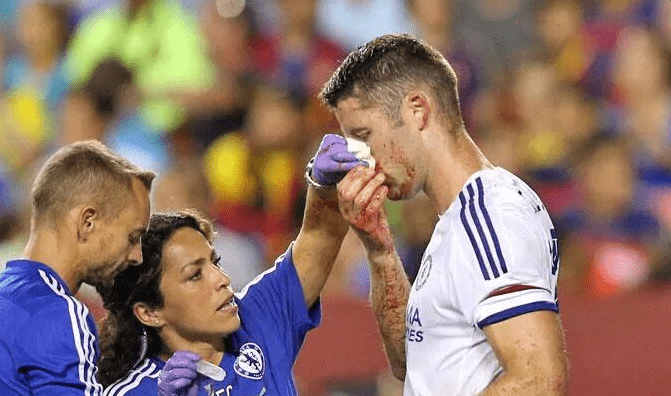 England defender Gary Cahill is close to signing a new contract at Chelsea, according to reports.

The 29-year-old defender has 18 months left on his five-year-deal, but according to The Times, Chelsea are willing to give him only a one-year-extension.

Cahill has been talking to the club about a new contract since last season, but with no effect, and now there is a genuine fear, the club might not offer him a long term contract at the club.

The centre-back currently earns £100,000 a week, as per The Sun, and he is keen to commit the rest of his career at the Bridge but time is running out.

Chelsea have a policy of offering a one year contract to the players in their thirties and same rule will be applied for Cahill who will turn 30 next month.

He will definitely stay at Stamford Bridge for the rest of the season but may look to move elsewhere if Chelsea fail to offer a long term deal.

He is no longer guaranteed a place in Jose Mourinho’s starting line-up as a result of the emergence of Kurt Zouma.

According to Tuttomercatoweb, Cahill is close to signing a new contract with Chelsea, although the extent of the deal is yet unknown.