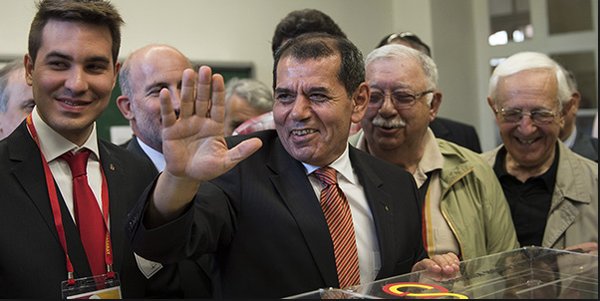 Turkish giants Galatasaray has been banned from participating in any European competition for two seasons, UEFA has confirmed.

The ban has been handed on Wednesday with a statement on UEFA’s website, where it is noted the Turkish club will not be allowed to compete in neither the Europa League or the Champions League in 2016-17 or 2017-18 due to their failure in meeting the Financial Fair Play rules.

The statement runs as follows:

The Adjudicatory Chamber of the UEFA Club Financial Control Body (CFCB) today announced that Galatasaray AŞ will be excluded from participating in the next UEFA club competition for which they would otherwise qualify in the next two (2) seasons (i.e. the 2016/17 and 2017/18 seasons).

This decision was taken after Galatasaray failed to comply with the terms of the settlement agreement that it entered with the CFCB Chief Investigator in May 2014 under Article 15 of the Procedural rules governing the UEFA CFCB.

While apparently it may seem that the ban imposed on Gala will hurt them financially, but according to Turkish-Football.com, it will come as a blessing in disguise. The club will act properly to bring a change in mentality.

The way the Turkish football clubs have been operating, it needed a setback like this to bring a change in their mentality.

In recent years, Turkish clubs Besiktas, Galatasaray, Fenerbahce, Bursaspor, Gaziantepspor have all faced UEFA bans, while Karabukspor are under investigation. It paints a bad image for Turkish clubs, which shows the clubs are badly managed.

However, this could still be a turning point for the club. Gala were just outside the top 20 European clubs in the Deloitte Money League, which shows they have impressive revenues but the finances have been poorly managed.

A reformed organisational structure is necessary. Besiktas recovered well after the ban was imposed, and may be Gala would return stronger too.