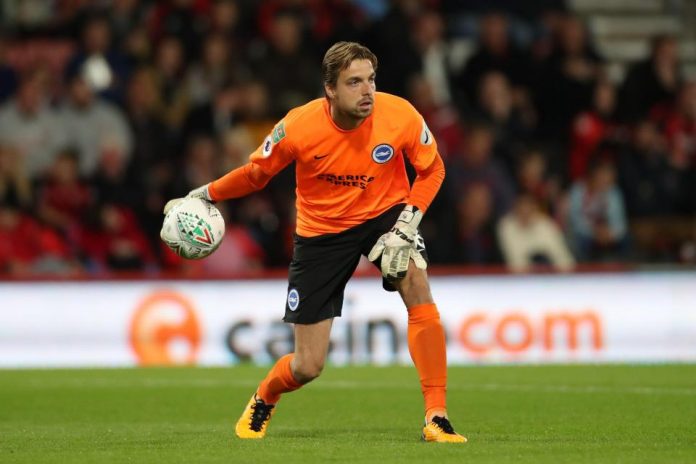 Fulham are looking to sign the Brighton keeper Tim Krul this summer.

The former Newcastle United star is out of contract and the Londoners could sign him on a free transfer.

As per the reports, Krul is prepared to join the newly promoted side and compete for a spot in their starting lineup. Apparently, Krul is ready to sign a deal with the Cottagers soon.

At Brighton, the Dutchman is a back up for Mat Ryan and he believes that a move to Fulham would be ideal for his career.

The 30-year-old shot stopper has already proven himself in the Premier League with Newcastle before and he should prove to be a valuable addition to the Fulham side.

Furthermore, signing him on a free transfer could prove to be a tremendous bargain.

Brighton want him to stay at the club but Krul wants more playing time. It will be interesting to see whether he can hold down a regular starting berth at Fulham next season.