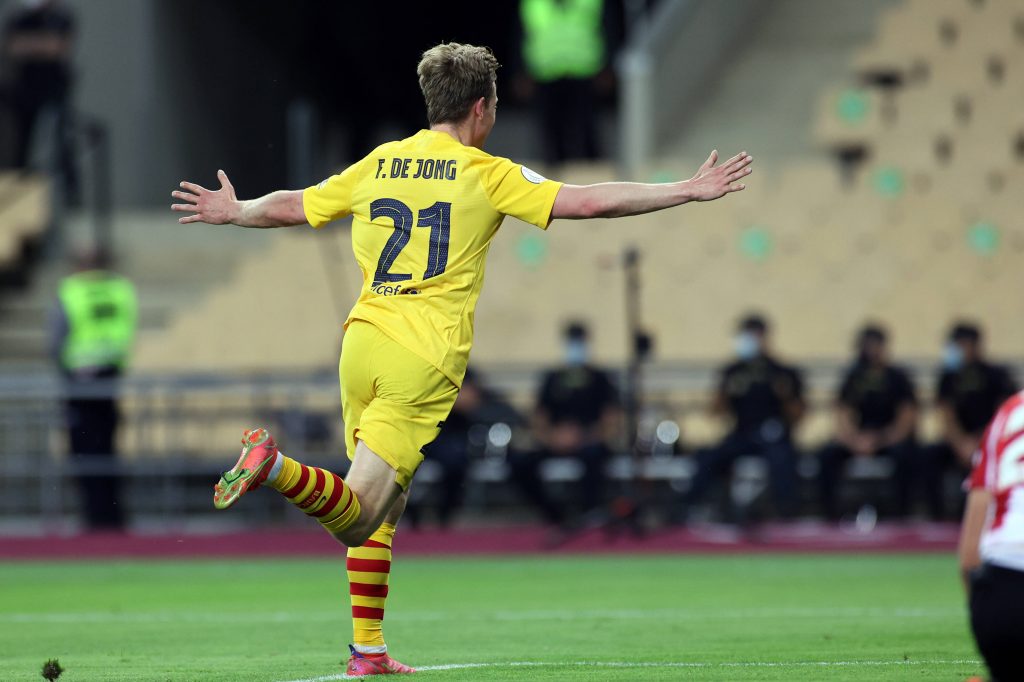 While Manchester United have remained dormant so far in this current transfer window, a deal is reportedly close for Barcelona midfielder Frenkie De Jong.

The 25-year-old has so far maintained he is happy at the Nou Camp after being constantly linked with a move away this summer, but it seems an exit is imminent.

The mercurial Dutchman has endured a mixed career in Catalonia since making the £70million switch back in 2019, but his undoubted presence and experience in the centre of midfield is something United are crying out for.

A reunion with former manager Erik Ten Hag will certainly have helped in negotiations, and the new boss will have promised De Jong the opportunity to return to his deeper role which has long been occupied by Sergio Busquets at Barcelona.

With a deal seemingly close to being agreed, we have taken a look at the very latest odds to see just how fancied Manchester United are to secure his signature.

Undoubtedly a huge signing who brings composure, maturity and technical ability in equal measure, De Jong has a 95% chance of making the switch to Old Trafford based on the latest odds from Tebwin.

Essentially, we have converted the odds into a percentage, and it also takes into account the bookmaker margin to express the expected probability of De Jong making the move to England.

With Barcelona strapped for cash and unable to afford key targets such as Raphinha and Robert Lewandowski, it is seemingly an economic strategy more than a footballing one from President Joan Laporta.

While manager Xavi Hernandez will be disappointed to see a key component of his tiki-taka system leave, Manchester United are sending a huge statement of intent by acquiring a player of his calibre.

Manchester United are now as short as 1/20 to secure the services of De Jong with other potential suitors such as PSG, Bayern Munich and Manchester City almost certainly out of the running.

See below for the latest odds on Frenkie De Jong’s next club.