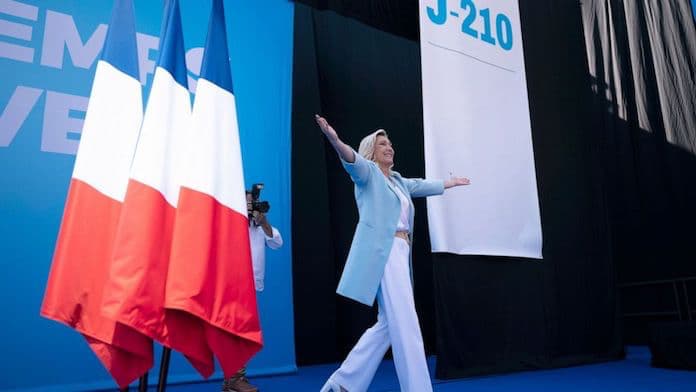 The French election is scheduled to take place on 10th April, meaning it’s less than a week away. While incumbent Emmanuel Macron is the clear favourite to hold on to his position, far-right candidate Marine Le Pen is cranking up the pressure, as well as closing the gap in the betting odds.

Barring any unexpected turns, the French election will be the most significant election of 2022, and it sees Emmanuel Macron facing perennial rival and face of the French far right, Marine Le Pen.

At one point in the campaign, a Macron loss seemed almost impossible, but Le Pen has now narrowed the gap, and has the real potential to cause a Donald Trump-style shock in the election.

Recently, the rhetoric surrounding domestic and international affairs has focused on more right wing topics, with the biggest talking point being the invasion of Ukraine. This clearly benefits Le Pen, who has managed to bolster support with her increasingly popular views.

Le Pen is also benefitting from being more accepted among the French political scene. The right has now united around her, in much the same way Trump was embraced by Republicans prior to his election win. The mainstream candidate of the right, Valerie Pecresse, has flopped, with her supporters flocking to Le Pen’s side instead.

Don’t make the mistake of thinking Macron is done for, as he’s still the heavy favourite to win the election. However, Hillary was also once the big favourite for the US presidency, and we all know what happened there.

Who is going to win the French presidential election?

As already stated, there are only two viable winners of the French election. Check out their implied odds below, along with those of the other presidential candidates.