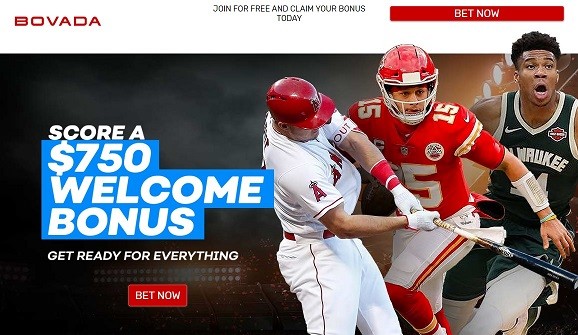 Saul ‘Canelo’ Alvarez and Gennady ‘GGG’ Golovkin throw down for the third time as they embark on their trilogy bout this Saturday night at the T-Mobile Arena in Las Vegas. To make things even sweeter, we can help add to the big fight excitement by showing you how to claim a massive $750 in free bets for this super-middleweight showdown.

If our betting pick for Saul ‘Canelo’ Alvarez to score win this fight via unanimous decision comes in, you will walk away with a staggering $1,406 profit! And if it loses then don’t worry, because you won’t have lost a dime.

Our dedicated Bovada Boxing PROMO CODE to release your bonus is INSIDERS and you can use it to claim a maximum of $750 in free bets by following the simple steps below.

For this mega-fight from Las Vegas on Saturday night between Canelo Alvarez and Gennady Golovkin, we have sided with the Mexican to put an end to this trilogy and successfully defend his four world title belts in the super-middleweight division.

Here at SportsLens, we think this trilogy has come a little too late in his career, and that at 40-years-old, he doesn’t have enough left in the tank to deal with what Canelo has in his arsenal.

The fact the fight is up in a weight division that Golovkin has never fought in, against a man who has demolished everyone in the 168-pound division in the past three or four years, makes us believe that Canelo is holding all of the aces here and ‘GGG’ is seriously up against it.

Canelo is arguably in his prime right now, and has looked unbeatable at super-middleweight. Although Golovkin arguably should have had his hand raised in the second fight and almost certainly won the first bout, we feel this fight has come far too late for him to finally get the win on his resumé over Saul Alvarez that he so dearly craves.

Boxing is a young man’s game, and there gets a point that no matter how good you are, father time plays his part. We think that could be the case this weekend. Golovkin will try his best and go out on his shield, but that ultimately the younger, fresher, natural super-middleweight will break Golovkin down and beat him more convincingly on points this time.

We can’t see the 32-year-old knocking out the Kazakh superstar, but that he will win far more convincingly and that the previous two affairs and win a wide points decision against the unified middleweight champion in Gennady Golovkin.

Bovada Boxing Promo Code: Get $750 In Free Bets For Canelo vs GGG 3

Below we detail the Bovada $750 Canelo vs Golovkin Free Bet Offer, what you need to do and what you’ll get in return.

Once you’ve set yourself up a new Bovada account then you are just a few steps away from claiming a $750 bonus to wager on whatever you like.

The great news is that if you deposit $1000 you can take advantage of a MAXIMUM of $750 in free bets. It’s as simple as that. Deposit, collect, bet!