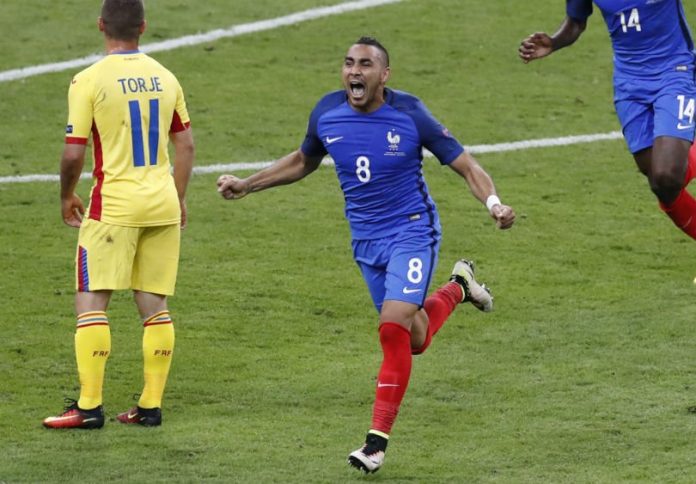 France face the Republic of Ireland in the round of 16 knockout tie in Euro 2016 on Sunday.

The hosts’ performance have been far from convincing, although they’re one of the few teams to have remained unbeaten in the group stages.

In their opening match, they defeated Romania 2-0 and secured their passage to the last 16 with another 2-0 win against Albania. In their final game, Les Blues managed a scoreless draw against Switzerland, however, it was enough to put them on top of their group.

Those were the games France should have won easily but they required late goals in almost all of them to get over the line. However, Didier Deschamp’s side are overwhelming favourites to win against Ireland and are 4/9 with Ladbrokes to progress to the quarterfinals.

West Ham midfielder Dimitri Payet has produced an inspirational performance in this Euro and without his heroics the group could have been a lot worse for the hosts.

Paul Pogba has yet to make a mark in this tournament and the stage is nicely set for him to prove his true mettle. The Juventus midfielder, who is a reported £60m target for Manchester United, is at 5/2 with Ladbrokes to score anytime during the match.

Pogba and Antoine Griezmann’s position in the side have come into question since the start of the tournament. They were dropped against Albania and it seems Deschamps is still not sure about his best starting XI. Blaise Matuidi has been in awful form and he could be replaced by Moussa Sissoko.

Ireland had to wait until the last five minutes against Italy in their final group game to get into the knockout phase of Euro 2016. In the 2010 World Cup, Ireland

In the 2010 World Cup, Ireland were denied a place in a controversial play-off against France when Arsenal legend Thierry Henry controlled the ball with his hand before scoring the crucial goal that knocked the Irish out. Although Henry won’t be playing, and it won’t have much effect on the current group of players, but still it adds an extra spice to the game. Ireland are 9/1 with Ladbrokes to beat France and progress to the quarterfinals.

Martin O’Neil may look to stick with the same team that won against Italy, which means the likes of John O’Shea, Glen Whelan and Wes Hoolahan could be restricted to the bench.