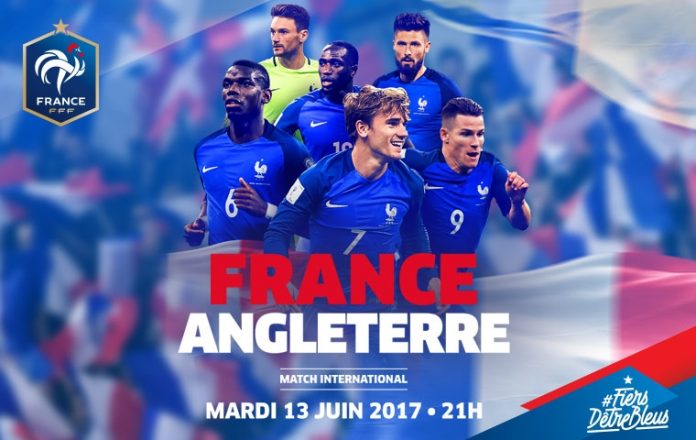 France and England are set to face-off in an international friendly later today and the hosts will be looking to pick up a win over the three lions.

England managed to beat France 2-0 in their last meeting and the home side will look to avenge that.

Deschamps is expected to field a weakened side, but France’s reserves are considerably strong and are capable of giving most teams a run for their money.

There are no injury worries for the hosts here, but a lot of rotation is expected.

Gareth Southgate is expected to field a strong starting lineup for this game and the away side will look to make it two wins in a row against the French.

Joe Hart has been dropped for this one and the England manager has opted to start with Tom Heaton in goal. The Burnley star will be replaced by Stoke City’s Jack Butland at half time.

England have won only one of their last six away games against France (D1 L4).

England have scored just nine goals in their last 11 meetings with France.

England have won just one of their last five away friendlies (D2 L2).

In his last four appearances for club and country combined, Harry Kane has scored nine goals.

Harry Kane has been in superb goalscoring form. Bet on Kane to score anytime.

Giroud has been sensational for his country on home soil. Bet on Giroud to score anytime.

France have impressed at home and England have been quite poor on their travels lately. Bet on the home side to win here.

This should be a close contest but England’s away form could be their undoing here.

France’s reserves are extremely talented and will look to add to England’s away problems. A home win seems quite likely this week.