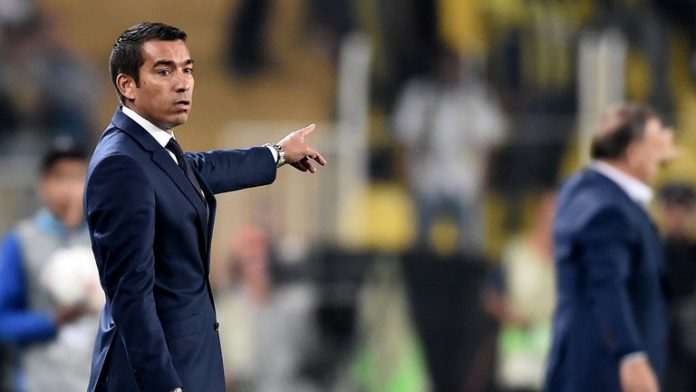 Former Rangers and Netherlands midfielder Giovanni van Bronckhorst is now odds on to be appointed as the new manager at Ibrox.

Aberdeen boss Derek McInnes has drifted from 1/5 to 1/3 to replace Pedro Caixinha, but van Bronckhorst has emerged as a shock contender for the role.

The 42-year-old, who is currently in charge of Feyenoord, is as low as 10/11 to rejoin his former club.

Van Bronckhorst played for Rangers between 1998 and 2001, winning back-to-back doubles before moving to Arsenal, where he won the Premiership title.

He moved to Barcelona in 2003 and won two La Liga titles in over 100 appearances for the club.

McInnes remains favourite for the job, but the £750,000 compensation fee demanded by Aberdeen is proving to be a sticking point.

Van Bronckhorst was appointed as Feyenoord manager back in the summer of 2015 and led the club to the Eredivisie title earlier this year.

Feyenoord currently lie sixth in the table with 18 points from 11 games, 12 points behind PSV Eindhoven. They are also bottom of their Champions League group with no points from four games.