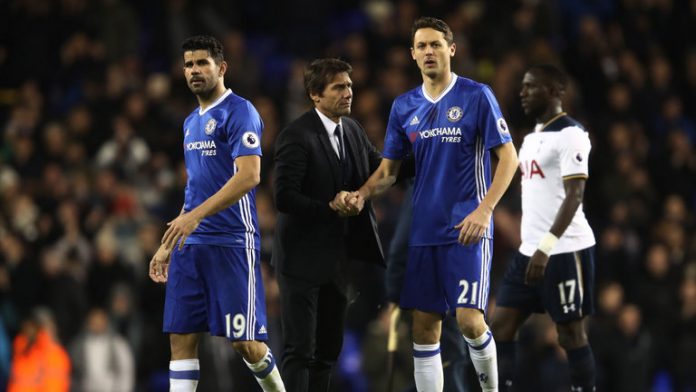 Phil Neville believes whoever sanctioned the sale of midfielder Nemanja Matic to Manchester United should be sacked after Chelsea crashed to a 3-0 defeat against Roma.

Chelsea were dismantled by Roma in the Champions League on Tuesday, adding to the pressure on manager on Antonio Conte.

With United set to visit Stamford Bridge in the Premier League on Sunday, Neville thinks there are serious questions to be asked over the sale of Matic.

“It’s as simple as that. The minute they sold Nemanja Matic was a mistake. When you had Matic sat in front of you, alongside (N’Golo) Kante, there was protection.

“Whoever made that decision needs sacking. That is one of the poorest decisions I have ever seen in the Premier League.

“If you ask any of those Chelsea players who they would want back, they would say Matic.

“Chelsea replaced him with someone who is going to do the same job – (Tiemoue) Bakayoko is not that player, he is not a holding midfield player.

“They didn’t replace Matic. I wouldn’t have let him out of the building, I would have chained him to the training ground walls.”

It’s difficult to argue with Neville’s views after Chelsea’s dismal showing against Roma.

Conte’s side should still qualify from Group C, but they look a shadow of the team that romped to last season’s Premier League title.

The Italian is currently 12/1 to be the next manager to leave his post and a defeat on Sunday could lead to owner Roman Abramovich taking action.