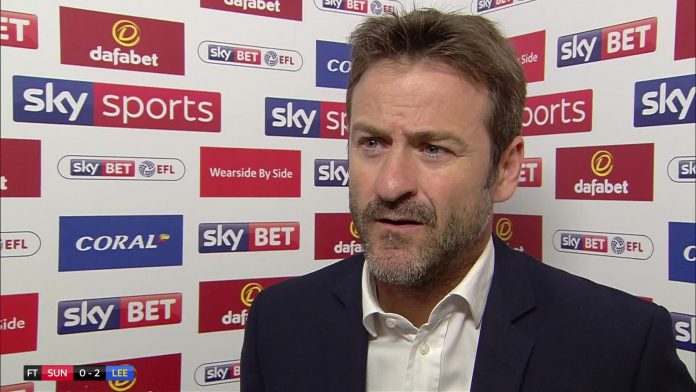 Neil Redfearn believes Leeds United need to toughen up if they’re to mount a successful bid for promotion from the Championship.

Leeds’ 3-1 defeat at Cardiff City on Tuesday was their second loss in three games and dropped them to third in the table.

The Whites lost their previous away game at Millwall and Redfearn says their inability to handle physical teams could prove to be their undoing this season.

“The nature of the Championship is such that you are not going to win every game and you not going to play as well as you want to every week,” he told Radio Yorkshire.

“There is going to be somebody waiting for you – a Cardiff or a Preston. They are not bothered about having the ball.

“You have got to overcome these types of teams.”

Leeds will be keen to prove Redfearn wrong when they visit Sheffield Wednesday on Sunday.

Last Saturday’s 3-2 win at home to Ipswich Town showed Leeds are capable of digging in when they are put under pressure.

Thomas Christiansen’s side have received plenty of praise this season and suggestions that they are a soft touch appear to be wide of the mark.

Redfearn had a dig at Leeds earlier this season and his repeated negativity about the club’s promotion hopes bear all the hallmarks of a man still bitter about his exit from Elland Road.