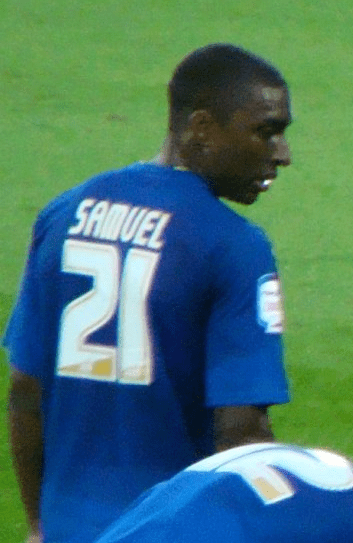 Former Aston Villa and Bolton Wanderers defender Jloyd Samuel has died following a car crash on Tuesday morning in the north west of England. He was only 37-years-old.

Samuel was understood to have been on his way home from dropping his kids off at school when he collided with a van.

Police and an air ambulance were sent to the scene after Samuel’s Range Rover burst into flames following the incident.

Samuel represented England at youth level but switched allegiance to the nation of his birth, Trinadad and Tobago at senior international level. He won two caps for the twin island republic.

He is survived by his wife Emma, with whom he had three children- Javarne,10,Lakyle,8 and Amara,5.

“Emergency services remain at the scene of a serious collision involving a van and a car in High Legh.

“At around 7.55am police were called following reports of a collision involving a van and a Range Rover near to Costcutter on West Lane.

“Sadly the driver of the car, Jlloyd Samuel, 37, from Lymm, died at the scene.

“His next of kin have been informed and are currently being supported by specially trained officers.

“The driver of the van, a 54-year-old man, sustained serious injuries and has been taken to hospital for treatment.

“Road closures remain in place at either end of West Lane, near to the junctions of the A56 and the A50. Motorists are advised to avoid the area.”