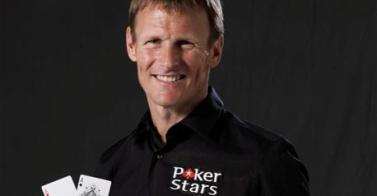 Football and poker may well require different skill-sets, but some attributes are needed for both; calmness under pressure, a steady eye and a calculated approach. Whether footballers are picking up poker tips from their dressing room card games or playing on bwin.fr, the truth is that many players from the beautiful game try their hand at cards, with some making a lot of money in the process. Here are five footballers that love playing poker in their free time or now that they are retired.

The former Liverpool midfielder was renowned for his composed presence in the Anfield side’s midfield, where he played for 12 years. However, since retiring from the game and having a crack at management, the Dane has also entered some big poker tournaments.

The ex-Republic of Ireland striker had an illustrious playing career for club and country, representing Chelsea and Marseille along the way.

Since retiring from football, Cascarino has tried his hand at punditry, but is an avid fan of poker – he has won prize money exceeding $500,000 playing tournament poker. His most significant and lucrative result came in 2009, where Cascarino won £168,800 in the GUKPT Grand Final.

Another cool customer on the pitch, the former Tottenham and Manchester United striker was always deemed to be two yards ahead of opponents in his head. Sheringham has used that intelligence to outsmart many a poker player, and has made a significant amount of cash in the process.

Certainly successful on the pitch – he has won 19 titles in his footballing career, Pique also has a love for the game of cards we call poker.

He was one of the only footballers to participate in the 44th Annual World Series of Poker Main Event, held in Las Vegas last year. The defender’s winnings include €40,950 from a third-place finish in the NLHE Six-Max Turbo at EPT Barcelona in 2011.

The former Leeds United striker has taken to the game of poker after retiring to his native Sweden. One of Brolin’s most successful tournaments came in the EPT Grand Final in Monte Carlo, where he finished in 38th place for €38,000.