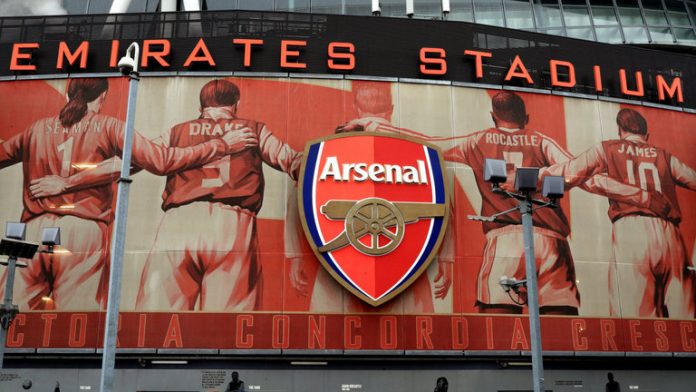 Blockchain technology has developed rapidly over the past few years, with its use in the cryptocurrency industry the primary way it is utilised.

The technology at the heart of Bitcoin and other digital currencies, blockchain is an open, distributed ledger that records transactions between two parties efficiently and in a verifiable and permanent way.

The ledger can also be programmed to trigger transactions automatically.

How Does Blockchain Work?

Each user on a blockchain can access the entire database and its complete history. No single party controls the information or data.

All users can verify the records of its transaction partners directly, without an intermediary.

Communication occurs directly between peers instead of through a central node. Each of these stores and forwards information to all other nodes, while every transaction is visible to anyone with access to the system.

Each node, or user, on a blockchain has a unique 30-plus-character alphanumeric address that identifies it. Users can choose to remain anonymous or provide proof of their identity to others. Transactions occur between blockchain addresses.

Once a transaction is entered in the database and the accounts are updated, the records cannot be changed because they’re linked to every previous transaction.

Various algorithms are deployed to ensure that the recording on the database is permanent, chronologically ordered and available to everyone on the network.

The digital nature of the ledger means that blockchain transactions can be tied to computational logic and programmed. Users can set up algorithms and rules that automatically trigger transactions between nodes.

Blockchain in the Football Industry

Organisations across the sporting spectrum have embraced the use of social media over the past few years, but blockchain technology could completely change the landscape in football.

The system could lead to a more efficient peer-to-peer ticket exchange between fans, making the resales market safer and fair leading to more profits for clubs and better experiences for fans.

The technology is dedicated to creating a public chain for the global sports industry. It is the world’s first fully open, non-profit, blockchain-powered platform specifically for the sports industry.

“I believe Blockchain can help to bring balance to the economics of sports – that is why we launched our sports-chain project,” said Sneijder.

“I’m excited to see an open and decentralised sports community that focuses on fans first.”

vSport Coin (VSC) is a cryptocurrency based on vSport Chain. It can be used for football related transactions including ticket purchases, funding youth prodigies, club memberships and rewards for fan engagement on social media.

Arsenal recently signed a sponsorship deal with the US cryptocurrency CashBet, with the Premier League club now promoting the firm’s initial coin offering (ICO) at the Emirates Stadium.

The deal is the first time a major global sporting team has officially partnered with a cryptocurrency firm. The company hopes to raise $40million from the ICO, which investors can then use to bet on its various online games.

CashBet was founded in 2012 with a vision of “using their extensive gaming software experience to build a next generation mobile-first monetisation platform for social and mobile gaming”.

Sports like ice hockey and Mixed Martial Arts have also benefited from sponsorship from the cryptocurrency industry, and it’s likely to be just a matter of time before others embrace the idea.

The use of cryptocurrencies at online betting sites has grown massively in recent years, with many operators now accepting the likes of Bitcoin for payment transactions.

Depositing money into your account requires the transaction to be confirmed by the blockchain, but this usually takes less than an hour.

The security and privacy advantages offered by cryptocurrencies make them optimal option for sensitive financial transactions, such as funding an online sportsbook account.

By using cryptocurrencies to conduct these transactions, users avoid the threat of third party intervention as the exchange involves just the individual and the sportsbook operator.

Because cryptocurrencies use decentralised technology for storing money and secure online payments that doesn’t require banks or people’s names they are much safer to use than other methods such as debit and credit cards.

A Turkish amateur side recently claimed that they were the first football club to have paid for a player with cryptocurrency.

Omer Faruk Kıroglu received a mix of Bitcoin and Turkish lira to join Harunustaspor, who play in the Sakarya First Division Group B.

The transfer was not the first time that Bitcoin has been employed as a method of payment for settling a player’s fees in sports.

Danish ice hockey side Rungsted Seier signed a three-year sponsorship back in December 2017 with its captain whose salary is now paid exclusively in Bitcoin.

Whilst these transactions are at the lower end of the sporting scale, it’s highly likely that clubs further up the ladder will soon be delving into the use of cryptocurrencies for a wide range of financial dealings.

With football the world’s most popular sport it seems inevitable that cryptocurrencies will have a major impact on the way fans interact with the industry.

One example of this is the London Football Exchange (LFE) which is set to launch a cryptocurrency to power an ecosystem of “inter-related components” made up of sports, media, entertainment, finance and a foundation.

LFE is aiming to serve over four billion fans worldwide by introducing a new way for fans to participate in the football experience that goes beyond what happens on the pitch.

This new “fan-driven” football community will provide the opportunity to take part in various club and fan experiences. These will include ticket sales, stadium tours, VIP experiences and special merchandise and third-party partner offers.

The people heading the initiative say they aim to create the “ultimate sport community” for fans across the globe.