The recent arrests of Portsmouth manager Harry Redknapp and others have brought the whole investigations scandal of corruption in football back into the frame. The police probe began back on January 11th 2006 after Luton manager Mike Newell highlighted the concerning issue of bungs in football, openly criticising agents and claiming that illegal payments often occur throughout the game.

On January 18th, Newell met with the FA to discuss his claim. By the 24th, the Premier League had officially announced they would be making inquiries into the scandal of bung payments. On March 3rd the former Metropolitan Police commissioner Lord Stevens was put in charge of the inquiry and his team began their examination of 362 transfers that occurred between the 1st January 2004 to 31st January 2006. 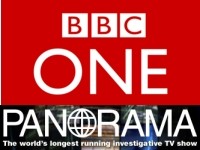 Another claim was made in August by another manager, Alan Curbishley who said he was offered a bung whilst he was in charge at Charlton. On September 19th 2006, the BBC documentary TV series Panorama made an investigation alleging that the then Bolton manager Sam Allardyce took illegal payments. The programme also claimed that Allardyce’s son Craig and several other football agents Peter Harrison, Teni Yerima and Charles Collymore were involved with bungs. Harry Redknapp and his former assistant Kevin Bond (who had since gone to Newcastle) were also brought into the equation of corruption.

The next day, both Bond and Yerima said they would sue the BBC over the accusations made towards them in the Panorama programme. On the 22nd Harrison also announced he would be suing. By the 25th Allardyce revealed he had organised his lawyers to prepare a case against the BBC after his portrayal in the programme. The BBC officials met the FA to find out what evidence it would disclose for their joint inquiry with the Premier League.

The next day on the 26th Newcastle had terminated Bond’s contract. Colin Gordon, the agent for then England manager Steve McClaren, said “tens of millions of pounds has gone out of the game” in dodgy deals and labelled his own profession as the “scum of the earth”. Due to his remarks the Association of Football Agents acted quickly demanding an apology and a retraction to his damaging statement. On the 29th Middlesbrough chairman Steve Gibson criticised Gordon, and revealed that the agent was banned from dealing with the club to past problems, no doubt when McClaren was in charge.

In October 2006, Wigan’s chairman Dave Whelan gave his theory on the messy saga saying all managers should be banned for life, and clubs relegated should they be caught taking bungs. Lord Stevens then announced on the 2nd the inquiry, which had been extended by two months, had now been whittled down to 39 transfers involving eight clubs. He also said that less than half the 150 agents contacted had cooperated, and as a result the FA may use their rules to force them into opening their bank accounts for further examination. In the same month the BBC handed over Panorama evidence they had to the FA.

By December 12th, Lord Stevens presented the report he’d conducted to the Premier League board. A further investigation would have to be made into 17 transfers as eight agents failed to cooperate. In January this year the FA met with Lord Stevens, as they looked to start applying pressure on the eight unnamed agents to make them open their bank account, so that all transactions could be traced. Another report by Lord Stevens was given to the Premier League in March, identifying clubs which broke or ignored the rules in 50 key transfers out of the original 362.

On June 8th it was discovered that a 61 year-old man was arrested in May, suspected of money laundering. Officers made the arrest on May 23rd and bailed him until October. Raids were made in July in Newcastle, Portsmouth and Rangers as well as two homes. By September another man, aged 28, openly rumoured to be Tottenham’s defender Pascal Chimbonda was taken in for police questioning.

The latest untwining to this fine mess comes down to the arrests last week of Harry Redknapp, chief executive Peter Storrie, footballer Amdy Faye (part of one of the transfers under examination), agent Willie McKay and former Portsmouth now Leicester chairman Milan Mandaric. Out of the 17 transfers that had been knuckled down to eight had been refused to be signed off by Lord Stevens and his Quest team. Sylvain Distin, Portsmouth defender, said the arrest of his team’s manager was saddening for the team but for all supporting him. He even went as far as to claim conspiracies surrounding Redknapp’s arrest, which may have happened because of opposition by certain individuals to his possible appointment for the England manager job. In the meantime, the five arrested have been bailed until February. After the arrests last week, seven now remain the police’s main focus so expect more arrests to soon follow.