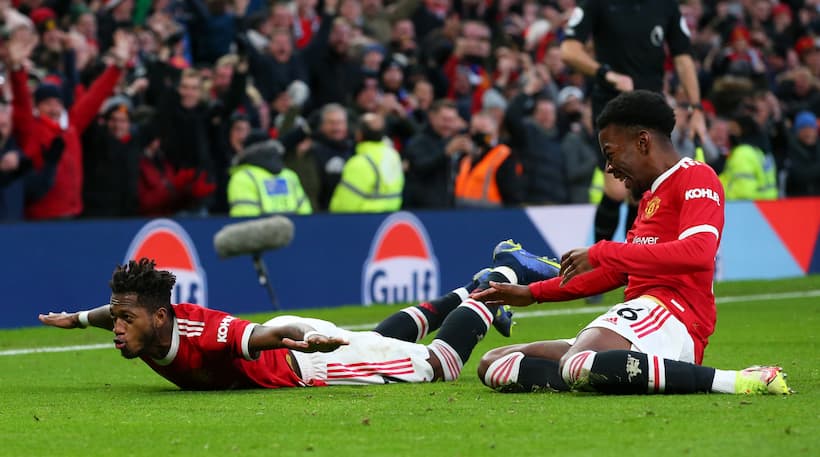 The UEFA Champions League group stage concludes on Wednesday evening, so, with the likes of Manchester United and Chelsea set for action, our expert presents a five-fold set of 15/1 UCL BTTS tips ahead of what should be a great evening of football. Plus, find out how you can Bet £10 Get £30 at Betfred.

Betting on the above selection of Both Teams To Score tips at Betfred provides odds of approximately 15/1 – and a return of £159.04 on a £10 stake.

Manchester United have already qualified in first place in UCL Group F thanks to superior results against Villareal and Atalanta. So, with new manager Ralf Rangnick likely to want to see what his squad has to offer, expect to see a weakened Manchester United first XI in this game.

Young Boys, on the other hand, can still make it into the Europa League if they beat United and Villarreal do them a favour against Atalanta, so the onus to win is definitely on the visiting Swiss side and we fully expect them to make a game of it.

On top of that, Young Boys won the previous encounter between these teams 2-1 at home, and BTTS bets have yielded positive results in four out of their last five matches in all comps.

Manchester United have improved defensively under Michael Carrick and now Ralf Rangick, but the Red Devils have still seen BTTS results in three of their last five games in all comps and in four out of five UCL games to date.

Atalanta and Villarreal are locked in a battle to finish second in Group F, so we fully expect both teams to come forward in this one as they bid to seal qualification to the knockout phase in the new year.

When the two sides met on matchday-1 of the UCL, fans were treated to an entertaining 2-2 draw in Spain. Atalanta have also seen BTTS results in 11 of their last 13 games in all competitions.

Villarreal have been defensively solid of late, allowing just one goal in their last five matches. But, away in Italy with so much on the line, and up against Atalanta’s Duvan Zapata (5 goals in UCL), we reckon this recent record of successive clean sheets could come to an end.

UEFA Champions League Group G is hyper-competitive and both RB Salzburg and Sevilla have a chance of qualifying in first place should they win tonight and Wolfsburg do them a favour by beating LOSC Lille. Expect a very competitive game with both teams coming forward.

Sevilla have scored at least once in nine successive matches in all competitions, whereas RB Salzburg have registered goals in their last two games. The reverse fixture between these sides at the Ramon Sanchez-Pizchuan Stadium ended in a 1-1 draw too, so there’s a good chance of BTTS bets coming in on this one.

A further indictment of just how competitive UCL Group G is, bottom of Group G Wolfsburg can still qualify in first place if they beat league leaders Lille and the aforementioned game between Sevilla and RB Salzburg is drawn. So, again – expect fireworks at the Volkswagen Arena tonight.

Wolfsburg haven’t been prolific in front of goal recently, registering just four goals in their last five games in all comps. But, with so much on the line in front of an expectant home crowd, we expect Florian Kohfeldt’s team to trouble the scoresheet against a Lille side that’s seen BTTS results in five of its last six matches and that’s scored in nine successive games.

Benfica will qualify for the knockout rounds if they win and Barcelona are beaten by Bayern Munich tonight, so expect to see the home side pile on the pressure to get a positive result.

Dynamo Kiev, on the other hand, are dead bottom of Group E with just one point and one goal scored in five games. With stats like that, it may seem odd seeing Kiev on this Acca at all. But, the Russian side have won four successive away games domestically and, since losing 0-1 at home to Barcelona in Week-4, have scored 13 goals in five games, including a BTTS positive result away at Bayern Munich in Week-5.

Benfica are the likely winners here, but Kiev’s recent form should at least equate to a second UCL goal of the campaign tonight.

Betting on Wednesday’s selection of Both Teams To Score tips at Betfred will provide odds of approximately 15/1 – and a return of £159.04 on a £10 stake.

Betfred has a Bet £10 Get £30 in Free Bets + 30 Free Spins promotion that can be used in in tandem with Wednesday’s slate of Week-6 UEFA Champions League games.

To get £30 in free bets at Betfred, just follow the simple steps below. Alternatively, you can check out some of the other great free bets on offer at Betfred by clicking the link.