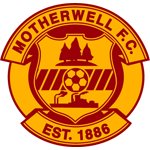 Fir Park plays host to Motherwell and Livingston with the home side looking to end the year strongly.

Watch and bet on Motherwell v Livingston live stream at bet365>livestreaming>football from 15:00 GMT on Sunday December 26. To watch you must register an account and have a balance of £1 or more.

Following a 2-0 win over St Johnstone, Graham Alexander’s side are guaranteed a top half finish ahead of the winter break. The Steelmen have made a remarkable turnaround after a 6-1 thumping at the hands of Rangers in October and should be looking to continue playing the way they’ve done.

The visitors meanwhile, held Ross County to a 1-1 draw last week and David Martindale would want his boys to ensure that they give a good account of themselves tonight. The Lions have struggled against Motherwell in recent times but a win is going to move them further away from the relegation zone.

The hosts might be able to call upon Ricki Lamie and Juhani Ojala.

The Lions will be without Daniel Barden due to serious illness. Meanwhile, Cristian Montano, Tom Parkes and Adam Lewis will be back to full fitness in a couple of weeks.

Here are the latest betting odds for Motherwell v Livingston from bet365:

The hosts are in form at the moment and should be able to end the year on a high.