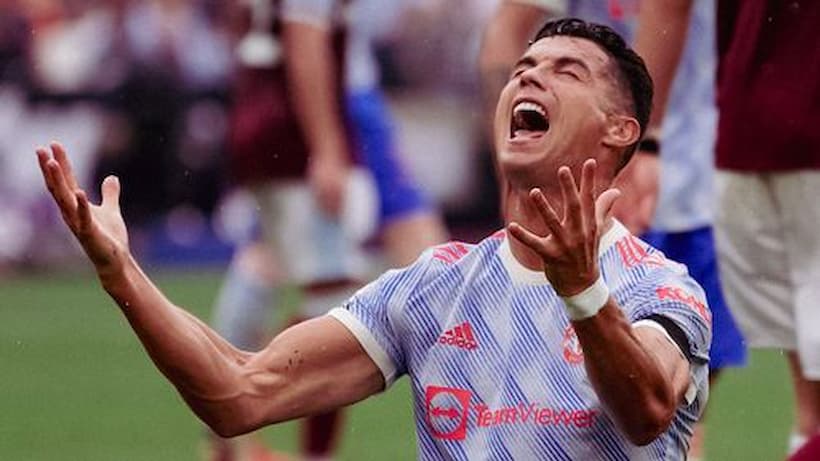 Manchester United entertain Everton this weekend, and our expert has some unique football betting tips to share. Read on to learn how to get odds of 100/1 on Ronaldo to score a penalty at William Hill.

William Hill is offering enhanced odds of 100/1 on Cristiano Ronaldo to assume Manchester United’s penalty duties and score one vs the Toffees this Saturday lunchtime in a United win.

With this promotion, a £1 wager on Ronaldo to score from nine yards at William Hill could profit £100 in free bet credits.

Manchester United vs Everton: How to get 100/1 odds on Ronaldo to score a penalty and United to win

To wager on Cristiano Ronaldo to score a penalty and United to win this weekend with 100/1 odds at William Hill, just follow these simple steps:

Man U vs Everton Football Betting Tips: Why bet on Ronaldo to score from the spot in a United win?

After Bruno Fernandes blazed over from nine yards in Saturday’s Manchester United defeat to Aston Villa, many believe that Cristiano Ronaldo will step up to take a penalty vs this week’s opponent Everton.

William Hill has responded to the latest developments concerning the Old Trafford spot-kick merry-go-round by offering incredible odds of 100/1 on Ronaldo stepping up ahead of Bruno and scoring from the spot at Old Trafford today.

But there are several other reasons to bet on United to win vs Everton and Ronaldo to score a penalty.