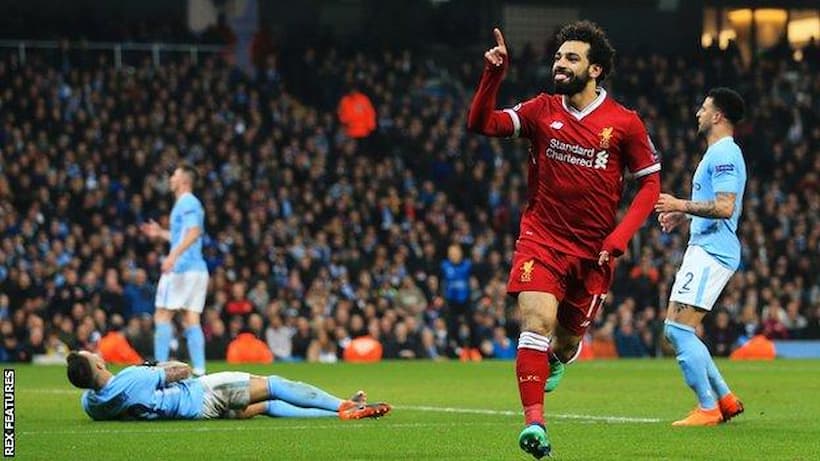 Liverpool entertain Manchester City this Sunday, and, in this installment of football betting tips, find out how you can get a 25/1 Pick Your Punt offer from Betfred.

Join Betfred to get 25/1 odds on Liverpool To Win, Both Teams To Score, Each Team Over 1.5 Cards & Fabinho To Be Booked in the Liverpool vs Man City EPL clash

Betfred has an exclusive bet for all Sportslens readers. By clicking any link on this page, you can wager on Liverpool To Win, Both Teams To Score, Each Team Over 1.5 Cards & Fabinho To Be Booked at enhanced 25/1 odds. Discover more betting sites SportsLens has to offer.

Liverpool vs Man City: How to get boosted 25/1 odds at Betfred

To get Betfred’s 25/1 odds on Liverpool to Win, BTTS, Each Team Over 1.5 Cards, and Fabinho To Be Booked in Sunday’s huge top of the table Liverpool vs Manchester City clash, just follow these simple steps:

Click here to get 25/1 odds on Liverpool to Win, BTTS, Each Team Over 1.5 Cards, and Fabinho To Be Booked in Liverpool vs Man City at Betfred

Liverpool vs Manchester City betting tips: Why bet on Liverpool to win?

It’s no easy task to defeat Pep Guardiola’s Manchester City, but Liverpool boss Jurgen Klopp can certainly head into this Sunday’s crunch encounter full of confidence. Firstly, Liverpool are at home. Klopp’s side is yet to lose at home this season and is unbeaten at Anfield in 11 games in all competitions.

After a shock result vs Brentford in the EPL last week (a 3-3 draw), Liverpool rebounded well in the Champions League, defeating Portuguese titans, Porto, 5-0. Such a result ensures that Liverpool’s players will come into this game in good spirits.

Then, there’s Mohamad Salah who has been in incredible form in 2021/22. The Liverpool forward has already scored eight goals in eight games in all competitions and will be seeking to extend his recent hot streak vs Ederson in the City goal on Sunday.

Finally, despite all the firepower Guardiola can boast among his ranks, Manchester City have been wasteful in front of goal in recent weeks, failing to find the back of the net in three of their last six games in all competitions.

Liverpool vs Manchester City betting tips: Why bet on both teams to score?

Over the course of the last six meetings between Liverpool and Manchester City, only once has either team failed to find the back of the net, and that was when City took apart a depleted, tired-looking Liverpool 4-0 last season.

In the last six encounters between Klopp and Guardiola, 20 goals have been scored in total, so an average of just over three per game.

Finally, the players: Salah, De Brunye, Mane, Mahrez, Firmino, Foden, Grealish… the list goes on. It’s almost unthinkable to believe that either one of these talented teams will fail to score a goal in a match that has such obvious, huge title implications.

Click here to get 25/1 odds on Liverpool to Win, BTTS, Each Team Over 1.5 Cards, and Fabinho To Be Booked in Liverpool vs Man City at Betfred

Liverpool vs Manchester City betting tips: Why bet on both teams Over 1.5 cards?

In a game of this magnitude, players need – and are expected – to put it all on the line. If Grealish runs around Alexander-Arnold, the Liverpool RB might be expected to pull him back; if there’s a 50/50 in the middle, any CDM worth his weight in salt is expected to go in for it. A Fabinho could get away with not doing these things against lesser teams when he knows his side is likely to have another moment; another chance. But against a Liverpool or a Manchester City, you have to put it all on the line… and this tends to lead to bookings.

The last two times these teams have met in the EPL, Man City picked up three yellows to Liverpool’s one in the most recent contest. But, in the game before that, Liverpool picked up two to Man City’s one. Expect something similar come Sunday…

Liverpool vs Manchester City betting tips: Why bet on Fabinho to get booked?

Manchester City tend to dominate possession of the football no matter who or where they play. Fabinho will be expected to break up the passing carousel in the middle of the park for Klopp’s team, so chances are high that, sooner or later, he will mistime a tackle or an interception and pick up a yellow card.

Besides this, over the course of the 2020/21 & 2021/22 season to date, Liverpool’s Brazillian CDM has averaged about one yellow card per every five league games played. So, there’s a definite chance Fabinho adds to this unwanted record up against De Brunye, Rodri, and Foden come Sunday afternoon.