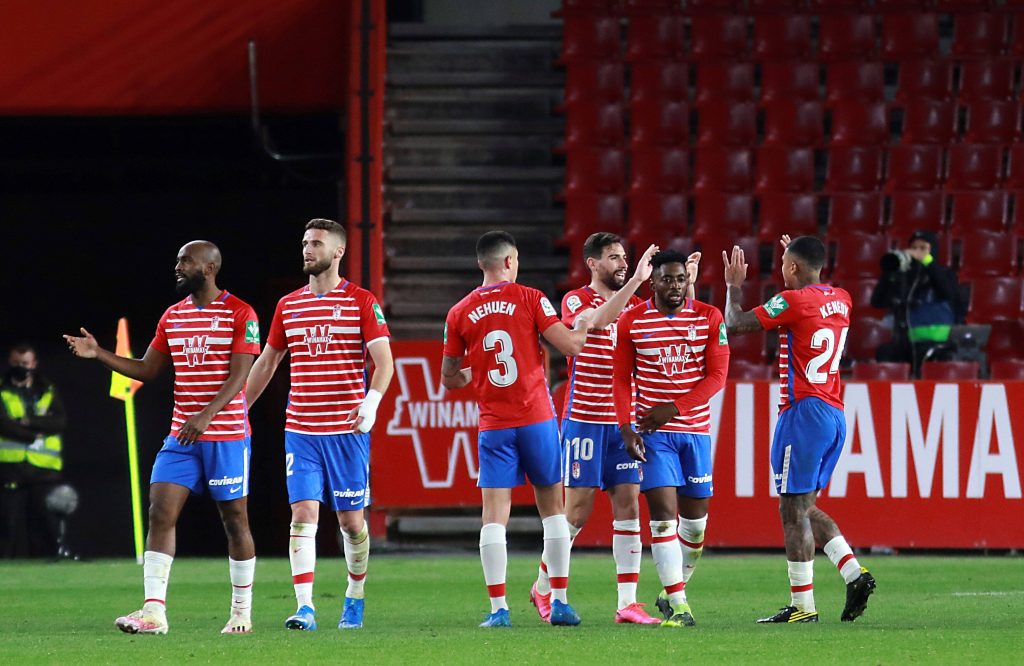 Granada are looking to continue their dominance over Alavez in the league when they clash at the Nuevo Los Carmenes stadium.

The two sides will meet on the 3rd of December at 21:00 BST.
Granada have a good history against Alaves and Alaves are their favourite victims. Alaves have only one win in their last eight away matches against Granada, and Robert Moreno’s men will be eager to take points from this match. Alaves is placed 15th on the table and Granada is placed 16th.
Therefore, this will be an epic clash as Granada will want to get 3 points from their favourite victims. Meanwhile, Alaves will see this as an opportunity to widen the gap between them and there nemesis. However, Alaves will have to be wary of their history with Granada and perhaps, they will go out there to play for a draw.

Alaves have a better La Liga form than Granada, winning 3 and drawing 2 in their last 6 La Liga games. Granada have only won 1 and drawn 2 in their last 3 La Liga games. They have had only one win in their last 6 La Liga matches.
However, Alaves still have to worry as Granada has won all 3 of their home La Liga matches against Alaves. Alaves on the other hand have managed to win only one of their eight away games against Granada both in La Liga and elsewhere. Also, Granada’s Jorge Molina has scored 5 times in eight clashes against Alaves. So, Alaves will have to be wary of the Granada talisman as well as Granada’s new weapon, the infamous Luis Suarez.

Here are the latest betting odds for Granada vs Alaves from BetUk.

Granada have a worse league form than Alaves do at the moment. However, the top football betting sites believe this game will be in Granada’s favour. SportsLens believes the same.
Prediction: Granada to win.