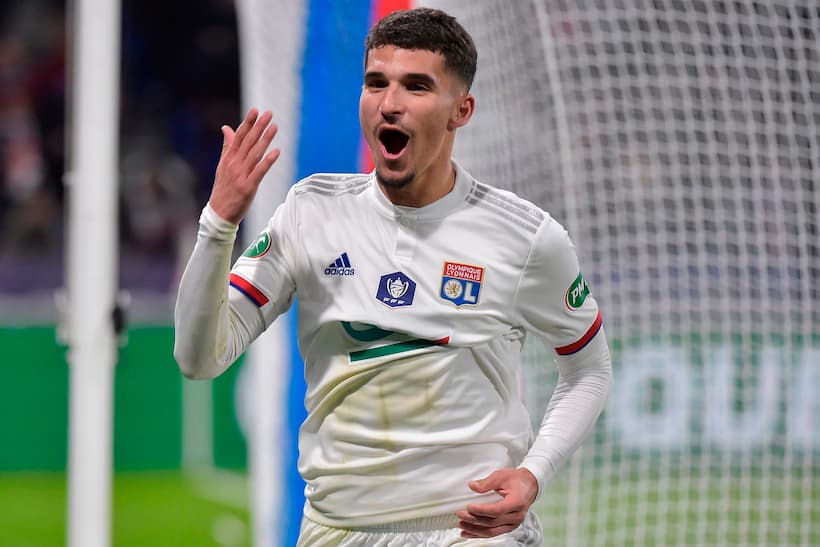 The final round of Europa League group stage matches gets underway this evening and, with the likes of Leicester City & West Ham in action, our expert details a five-fold set of 19/1 football Acca tips. Plus, find out how you can Bet £10 Get £30 at Betfred.

An accumulator featuring the above selection of winning teams (highlighted in bold) at Betfred will provide odds of approximately 19/1 – and a return of £203.50 on a £10 stake.

For further analysis of tonight’s Europa League Acca, read on.

Alternatively, if you’d prefer instead to read BTTS tips for tonight’s Europa League matches, they are at the link.

Furthermore, click here if you’re looking for offers and promotions at British bookmakers ahead of tonight’s fixtures.

With both Lyon and Rangers having already qualified for the knockout round, expect to see Peter Bosz and Giovanni van Bronckhorst ring the changes this evening and squad players given a run-out.

Regardless, Lyon is still our pick for the win: the French side defeated Rangers 2-0 at Ibrox in the reverse fixture back in September and were much more incisive in attack than their Scottish opponents.

Rangers have been in better form of late but, assuming he plays, we’re worried as to how van Bronckhorst’s potentially makeshift defense copes with Karl Toko Ekambi, who has five Europa League goals already this season, on home soil at the Groupama Stadium.

The winner of this game will go through to the knockout stages, whilst the loser will bow out of Europe, so there’s plenty to play for.

PSV have been in much better form than Sociedad of late and are unbeaten in their last seven games in all competitions. Sociedad, on the other hand, haven’t won a game at the Reale Arena in their last four attempts – which is not good news for this leg of our Acca.

Sociedad did draw in Holland in the reverse fixture, 2-2, however, and logic historically dictates that you don’t back against a Spanish side at home in European competition. So, that’s exactly what we are doing here.

West Ham United have already qualified from Europa League Group H having amassed 13 points from five games played. Dinamo Zagreb, on the other hand, need a result in London this evening to guarantee qualification in second spot ahead of Genk who will qualify in their place should they beat Rapid Wien in tonight’s other Group H clash. So, the emphasis will be on Zagreb to come forward.

West Ham are likely to rest a few key players tonight but, having seen the Hammers beat Zagreb 2-0 away and limit the Croatian side to 0 shots on target in that win, we feel the London side will offer too much on the counter and grab a crucial win for this Acca.

Lazio vs Galatasary – Lazio to win at 4/7

Both of these sides have already qualified for the knockout stages, but the winner of tonight’s game will qualify in first place can expect a slightly easier draw in the next round.

Galatasary eked out a 1-0 win at home in Turkey in a highly competitive first meeting between these teams back in September. But, back in Italy at the Stadio Olimpico, we’re backing a Lazio side that is in slightly better form (Galatasary have won just one of their last six games), and that boasts Ciro Immobile in attack (3 Europa League goals) to get the job done in front of their home crowd.

Ferencvarosi vs Bayern Levekusen – Leverkusen to win at 17/20

Bayern Leverkusen may have only won the reverse fixture in Germany by two goals to one, but the truth is that it was a dominant performance from the German side. Leverkusen had 22 shots to Ferencvarosi’s 10; eight shots on target to Ferencvarosi’s four and controlled 68% possession.

Leverkusen have already qualified and have little to play for, but up against a team that’s yet to register a single point in Europa League Group G, you’ll be hard-pressed to find anyone backing against Gerardo Seoane’s team tonight, especially if Patrick Schick (pictured above) gets a run-out.

Betting on tonight’s selection of Europa League Acca Tips at Betfred provides odds of approximately 19/1 and a return of £203.50 on a £10 stake.

To get £30 in free bets at Betfred, just follow the instructions below.