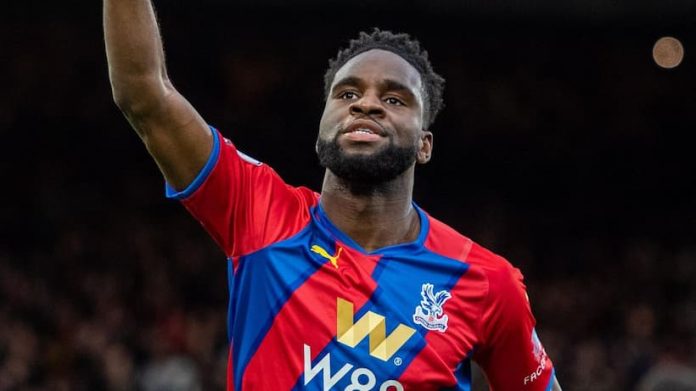 The FA Cup gets back underway this weekend, and our sports betting expert is on hand as always with a five-fold set of 18/1 BTTS tips. Plus, find out how you can bet £10 & Get £30 in Free Bets at Betfred.

Betting on this week’s selection of FA Cup BTTS betting tips at Betfred provides odds of approximately 18/1 – and a return of £192.31 on a £10 stake.

For a more detailed analysis of our picks for tomorrow’s FA Cup BTTS Acca, as well as info on a free football wager at Betfred, read on:

Championship outfit Millwall welcomes struggling Premier League side Crystal Palace to the Den on Saturday with a place in the fourth round of the FA Cup on the line.

Millwall haven’t lost at home in five consecutive games, whereas Palace don’t travel well and have failed to win on the road in three attempts, meaning this could be a much closer contest than some might expect.

With regards to this game’s selection on our BTTS Acca, being that they are a top-flight side, you’d expect to see Edouard, and co. at least ruffle the back of the net at some point tomorrow afternoon. But, Millwall have scored in eight successive games in all competitions, including goals at the Den in five games straight.

As such, we’re backing Gary Rowett’s team to continue its hot-streak in front of goal at the Den tomorrow and to make a real game of it vs Patrick Vieira’s Crystal Palace.

Two Premier League teams that -discounting Leicester’s huge win vs Liverpool last weekend- have been in pretty dire form of late go head to head in our second FA Cup BTTS pick of the day when the Foxes entertain Watford at the King Power.

This game makes our Acca because the last time these sides met, fans were treated to a hugely entertaining, end-to-end match that saw a combined 35 shots on goal and a final score of 4-2 to Leicester. It certainly was not a game for the defensive purists among you!

Neither side has improved much at the back since either: Leicester have conceded 14 goals in their last five games; Watford have shipped 12 goals in the same span. So, we’re expecting to see something similar in the cup encounter tomorrow.

Brighton may be the favorites given their Premier League status, but West Brom are unbeaten at home in 10 successive games and scored in eight of those ten fixtures. So, don’t expect Valerian Ismael’s side to roll over and play dead.

Two of the last three games between West Brom and Brighton have ended in score draws and, on top of that, Brighton have been involved in BTTS positive games in four of four on their travels of late, too.

As such, something in the region of West Brom 2-2 Brighton would be our best bet.

The last four games between Championship sides Bristol City and Fulham have yielded BTTS results, a run that includes three 1-1 draws and a 1-2 win on the road for City.

Bristol City have also seen BTTS results in their last four consecutive games played, while fans have been treated to both teams scoring in four of Fulham’s last six.

We’re banking on a similar theme tomorrow, with Fulham edging out a narrow win on their travels.

Including the superb 3-2 win vs West Ham a fortnight ago, Southampton have scored five goals in two away games in the EPL and have travelled well of late.

Swansea, on the other hand, have scored in each of their last three games played at home but have only amassed one point, losing most recently 1-4 to Forest and 2-3 to Reading at the Liberty Stadium.

Both teams can score but neither seems to be able to keep a clean sheet. So, we’re expecting to see something like Swansea 1-3 Southampton in this late kickoff FA Cup clash.

Betting on the above selection of FA Cup Both Teams To Score tips at Betfred provides odds of approximately 18/1 – and a return of £192.31 on a £10 stake.

By signing up at Betfred ahead of Saturday’s FA Cup ties, newcomers to the site can get £30 in Free Bets and 30 Free Spins at the Betfred casino by wagering £10 on any sports market.

Claiming the above deal is simple: just follow the instructions below: